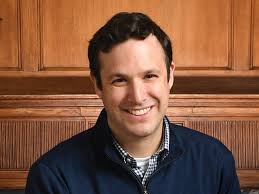 Inside Higher Ed, When Students Want to Review a Tenured Professor:

A group of student activists at Sarah Lawrence College want the tenure of a conservative professor of political science reviewed, and they want to do the reviewing.

The professor, Samuel Abrams, says the college should be doing more to defend him and, more generally, academic freedom and the “viewpoint diversity” that he advocates.

Abrams — who has identified himself as an anti-Trump, moderate conservative — has always been a political outlier within the overwhelmingly liberal college. But things have been especially tense for him since he wrote an New York Times op-ed in October [Think Professors Are Liberal? Try School Administrators], saying that student affairs administrators are even more liberal than faculty members. ...

[A] student group called the Diaspora Coalition occupied a campus building and published a list of demands in the students newspaper, The Phoenix. Many of the demands echo those made by other student groups elsewhere during campus protests about diversity: more educational and extracurricular support for first-generation and low-income students, scholarships for students of color, the hiring of more minority faculty members, and more classes with an intersectional approach.

But one demand was more unusual. Referencing Abrams’s Times October op-ed, the group demanded that “Abrams’s position at the college be put up to tenure review to a panel of the Diaspora Coalition and at least three faculty members of color.”

In addition, they said, the college “must issue a statement condemning the harm that Abrams has caused to the college community, specifically queer, black and female students, whilst apologizing for its refusal to protect marginalized students wounded by his op-ed and the ignorant dialogue that followed.”

Abrams must also issue a public apology to the “broader [college] community and cease to target black people, queer people and women,” the coalition said.

While some professors consistently draw the ire of students, it’s highly unusual for students to request -- or in this case demand -- that they review the tenure of any professor, tenure track or tenured.

Yes, there are a few examples of pushback, but sadly they are few and far between and typically sequestered in conservative and libertarian circles without much influence beyond that. Sounds like you achieved a rare victory Professor!

Perhaps I should have been clearer and stated "in search of a single adult [at Sarah Lawrence]."

I suspect the desire to keep tuition dollars flowing is partly to blame for the administration's slow response.

Todd writes: “In search of a single adult willing to tell these idiot children to go back to class and that their "demands" aren't even worthy of serious consideration.”

Well that’s exactly what I did, and it worked!

Perhaps if more faculty likewise spoke out forcefully and effectively when these things occur, it would provide some backbone to help administrators dismiss the so-called “demands” out of hand. Here’s what happened:

A small band of GWU students, upset by Trump’s election, created a long list of completely irrational demands, including protection from various things which allegedly upset them. While many campuses have taken such demands seriously, mine didn’t - perhaps because I went on TV and the Internet to ridicule them.

In what may be an encouraging sign, administrators at George Washington University [GWU] did not yield to a single one of the so-called "demands" made recently by a coalition of more than a dozen student groups.
Indeed, rather than doing what so many other universities have done in similar situations - grant a few requests, negotiate with the student activists, hold campus-wide meetings, form study committees, etc., - GWU simply ignored the demands and the letter containing them; as did the overwhelming majority of GWU students, the official student newspaper, the student government, etc.
In other words, holding it all up to ridicule worked.
Maybe it took such outrageous demands - e.g., that GWU take students’ tuition money and divert it to fund off-campus non-educational projects such as job training, community centers, and facilities for the homeless - to finally cause a change in the campus climates over the past several years which have led to presidents, deans, and faculty having to resign, the establishment of new and expensive programs of dubious educational value, changes in the names of buildings and even symbols, etc.
Perhaps even more important was the bizarre and totally irrational basis for these demands.
The students' so-called argument or justification is that having GWU police provide security on campus is an "act of violence" because police in general have been favorable to Donald Trump - "placing us in these officers’ care is an act of violence," the students opined.
Given the total lack of any validity or rationality to their argument - which also demands, for some unexplained reason, that the university recognize "white supremacy” - it seems like they are behaving more like inmates in an asylum seeking to take it over than as students making a rational presentation.
Unfortunately, as ridiculous and as illogical as their premise and demands were, similar situations have occurred at other institutions of higher education where the bizarre and virtually unbelievable claims of their students were taken seriously and actually acted upon.
At some law schools, students claimed to be so traumatized by Trump's election that they could no longer function. The schools responded by cancelling classes and postponing exams.
At one top law school, Michigan, its "embedded psychologist" offered the law students Legos, play dough, and bubbles to help them cope with the alleged "trauma" of Trump's election.
Some schools did the same when students claimed to be traumatized by the shooting hundreds of miles away in Ferguson of a felon who attacked a police officer.
The response to this new letter to GWU, with the new demands, was that virtually everyone - the University, the student newspaper, the student government, etc, - simply ignored it.
The only ones who didn't ignore it were the media, who excoriated the students for the total irrationality of the rationale for the demands, and for the very demands themselves.
Headlines screamed "Inmates Trying to Take Over GWU Asylum in DC," "GWU Students Claim Use of Pro-Trump Campus Cops Is an ‘Act of Violence’," and "GWU Students: Campus Police Protection an ‘Act of Violence’ - Because Cops Support Trump."
One called it one of "Three of the Most Absurd Campus Reactions to Trump’s Win," saying: "In one of the GWU students’ most bizarre demands, they called on the university to ‘protect its students’ by not forcing them, in an ‘act of violence,’ to remain under the protection of campus police."

In search of a single adult willing to tell these idiot children to go back to class and that their "demands" aren't even worthy of serious consideration.

It's a shame that a radical fractional percentage of students brings such negative publicity to campuses, because not a single administrator is willing to stand up to them, let alone discipline them. Then again, the administrators (as noted in the prof's article) are often just as radical, and willingly allow their student shock troops to carry out their idiocy.

As a famous British Don put it, this would case serious damage to the reputation of Sarah Lawrence, if it had one

"Wounded by his op-ed and the ignorant dialogue that followed." I am speechless.