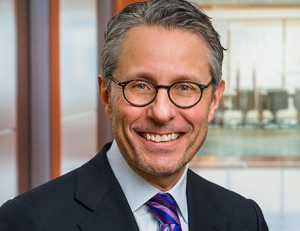 Internal Revenue Code sec. 107(1) has long exempted from inclusion in income the rental value of a minister's church-provided home, or “parsonage” (with parallel relief being available as regards all religious denominations). A later amendment confirms availability of the exemption for amounts paid to defray ministers' costs for separately-acquired housing. See IRC sec. 107(2). Last year, a District Court in Wisconsin held the exemption for reimbursed parsonage allowances to represent a violation of the Establishment Clause of the 1st Amendment of the U.S. Constitution ("Congress shall make no law respecting an establishment of religion . . ."). Gaylor v. Mnuchin, 278 F. Supp. 3d 1081 (D.WI 2017). The case was appealed to the Seventh Circuit Court of Appeals and that court's decision is expected imminently.

The District Court based its holding on the tests laid down in Lemon v. Kurtzman, 403 U.S. 602 (1971), as understood in light of the later decision in Texas Monthly v. Bullock, 489 U.S. 1 (1989) (holding unconstitutional a state sales tax exemption for religious publications). The court looked to "whether the government's purpose [relative to sec. 107(2)] is to endorse religion and whether the statute actually conveys a message of endorsement viewed from the perspective of a reasonable observer." The court concluded that sec. 107(2) failed the Lemon test, as applied. On appeal, the government, defending the statute, has put forth two arguments: 1) the sec. 107 income exclusion represents the reasonable implementation of a broader policy in the Internal Revenue Code to afford an income exclusion under a convenience of the employer rationale — reasonable in the present case because parsonages have, since the practice originated in England centuries ago, been regarded as an adjunct of the church at which the minister frequently carries out his or her ministerial duties, including counseling parishioners, hosting persons needing housing, conducting meetings of parishioners and the like, and 2) the Lemon test is satisfied since the income exclusion functions to limit entanglement of state and religion by avoiding the need to inquire in detail into specific uses of a parsonage that might afford a deduction for use of the parsonage.

Longstanding tax policy affords employees income tax exclusion treatment for the value of employer-provided housing (including housing allowances) when the housing satisfies a so-called "convenience of the employer" doctrine. It is the authors' view that this rationale reasonably supports exclusion treatment for parsonages and parsonage allowances under IRC sec. 107. Although certain nexus and other requirements attend use of the convenience of the employer doctrine by secular employees, applying these requirements to ministers discharging their religious duties would be intrusive. At the same time, it seems reasonable to believe that the requirements generally will be satisfied as regards ministers. As a result, it is the author's view that excusing ministers from the requirements applicable to secular employees is consistent with the government's accommodation of the Free Exercise of religion under the First Amendment, and should not give rise to a violation of the Establishment Clause.

Whether the case will be litigated to conclusion is not clear, because there would seem to remain real hurdles to the plaintiffs satisfying the "standing" requirement of Art. III of the Constitution to mount a challenge to sec. 107. Should they succeed, an important aspect of the case will likely be the impact, vel non, of more recent Supreme Court decisions, including particularly Town of Greece v. Galloway, 134 S. Ct. 1811 (2014) (upholding sectarian prayer at the opening of town meetings, based in significant part on the tradition associated with such prayers), as well as, possibly, a decision in The American Legion v. American Humanist Ass'n, 874 F.3d 195 (4th Cir. 2017), reh. en banc denied, 891 F. 3d 117 (4th Circ. 2017), cert. granted, 139 S.Ct. 451 (2018) (holding a large Latin Cross, an integral part of a World War I memorial, located on state land, to violate the Establishment Clause).

This article examines the competing arguments regarding the application of the Establishment Clause, and attempts to suggest a way forward in addressing these challenges. It is the thesis of the article that in light of 1) the extreme disarray of the Establishment Clause precedents, which provide almost no guidance as to the standards for its application and 2) the very limited reliable information available regarding the underlying purpose of the Establishment Clause, beyond a purpose to avoid creating a single national religion, or to prevent the favoring of one religious group over another, an interpretive standard that grants relatively broad deference to the legitimate purposes of the enacting body is sensible.