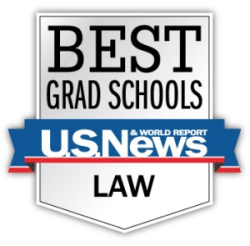 By now many of you have seen the news that Pepperdine Law has risen to #51 in the 2020 U.S. News Law School Rankings. Our rise is especially gratifying in light of the decision by U.S. News last year to remove us from the rankings when we self-reported a single data reporting error one week before the publication date (for more details, see the links at the bottom of this post).

We have improved our ranking from #72 in 2017 to (unofficially) #62 in 2018 and #51 in 2019. This 21-point increase in our ranking over the past two years is the largest increase of any law school among the Top 100 law schools as ranked by U.S. News. We are in the second year of our plan to reduce the size of the student body by 20% to increase the quality of all aspects of our academic program.

We do not chase rankings at Pepperdine Law. Every decision we make is guided by a single question: what is in the best interest of our students? Often those decisions produce a rankings benefit as well, and we gladly reap those results. I am proud that our rankings rise is driven by the increasing selectivity of our incoming 1L class, the improved outcomes achieved by our graduates, the additional resources we have been able to deploy to improve our students’ educational experience, and our growing reputation among legal academics, lawyers, and judges.

Pepperdine Law also was recognized by U.S. News for excellence in several specialty programs in rankings voted on by faculty in those fields, including rankings of #2 in dispute resolution, #32 in tax law, and #33 in clinical training.

This news is especially meaningful to us following the Woolsey Fire last August which caused massive destruction in Malibu and threatened Pepperdine. Thanks to great planning by our university and the heroic efforts of firefighters on the ground and in the air, not a single building on campus was lost (for more, see the links at the bottom of this post). 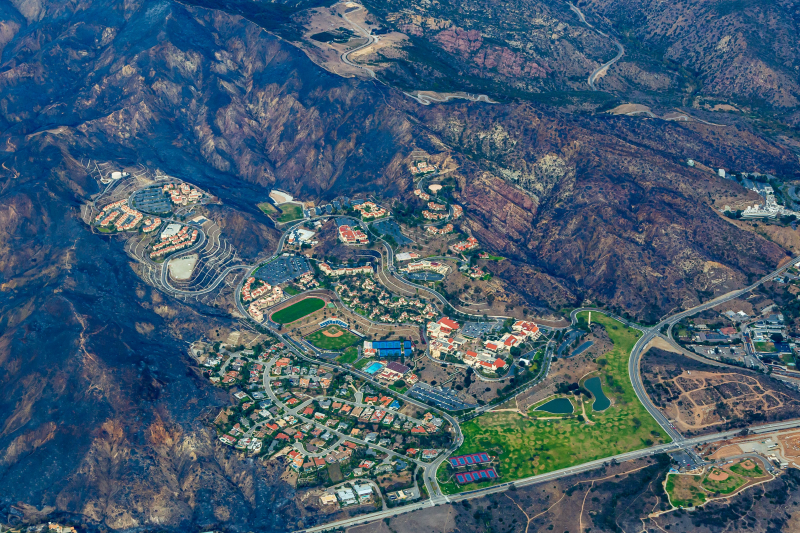 I have a confession to make. Our annual law school dinner is ordinarily held each year in early March. But after last year’s rankings hiccup, I decided to move this year’s dinner to March 30 so it would take place after the release of the new law school rankings. I was so confident about the direction of our law school that we decided that the theme of this year’s dinner would be that Pepperdine Law is “on the rise.” As I wrote when we re-opened the law school after being closed for 17 days after the fire (and following my emergency surgery for detached retinas in both of my eyes), Pepperdine Law Rises From The Ashes: Better, Stronger, United. 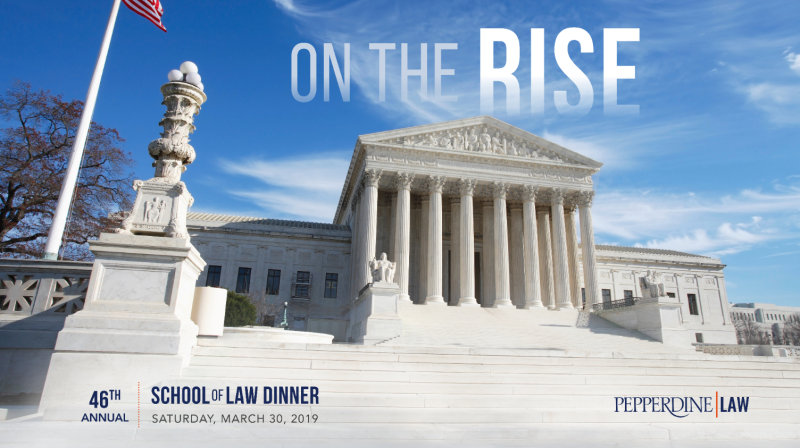 Prior TaxProf Blog coverage of the impact of the Woolsey Fire on Pepperdine:

Back on the list this year is Pepperdine University School of Law, which nearly cracked the top 50, coming in at No. 51. U.S. News left Pepperdine off the rankings last year after the school flagged a mistake in the figures it had reported to U.S. News pertaining to the median LSAT score of its newest class. (U.S. News provides each school an early copy of the list to check the accuracy of the data.) School administrators predicted that Pepperdine would have claimed the 62nd position had the correct LSAT number been factored in. The school’s last official ranking was No. 72.

Pepperdine law dean Paul Caron said he believes his widely read TaxProfBlog has helped spread the word about the law school and raise awareness of its strengths. That exposure, coupled with the stronger credentials and employment outcomes that the school has achieved due to smaller class sizes, has bolstered its ranking, he said.

“Our law school dinner is ordinarily held each year in early March,” Caron said. “But after last year’s rankings hiccup, I decided to move this year’s dinner to March 30 so it would take place after the release of the new law school rankings. I was so confident about the direction of our law school that we decided that the theme of this year’s dinner would be that Pepperdine Law is ‘on the rise.’ I am glad I was right, or it would have been a very awkward dinner!”

This year's list is unusually stable compared with previous years. But Pepperdine University School of Law nearly cracked the top 50 after the school was omitted from the list last year after flagging a mistake in the figures it reported pertaining to the median LSAT score of its newest class.

Above the Law, This Law School Had A Great Year — At Least According To The Latest U.S. News Rankings:

After a big snafu last year, the law school's back on track.

According to the leaked U.S. News Law School Rankings for 2020, what school’s ranking increased the most?

Answer: Pepperdine. You can find out all about last years rankings misadventure for the school here, and read all about this year’s rankings here.

Above the Law, The LEAKED 2020 U.S. News Law School Rankings Are Here:

Way to go, Pepperdine! After a rankings hiccup last year that landed the school among the unranked thanks to some misreporting, the school has soared.

Congrats - but I hope the "selectivity" is increasing the *amount each remaining student learns,* rather than just boosting stats by shutting out additional students who'd not do quite as well but still be good lawyers (and share fixed costs!)