Nina Olson To Retire After 18 Years As National Taxpayer Advocate 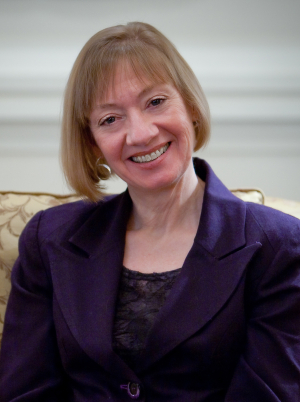 A Personal Message from the National Taxpayer Advocate:

On this date eighteen years ago — March 1, 2001 — I walked through the doors of the IRS headquarters building in Washington, DC to begin my tenure as National Taxpayer Advocate of the United States.  It was the beginning of an always fascinating, usually complicated, and yes, sometimes frustrating journey.  Along the way, I have been privileged — and I use that word in every sense — to have worked with extraordinary people — in the Taxpayer Advocate Service, in the IRS, in Treasury, in Congress, and most importantly, directly with taxpayers and their representatives.

In addition to celebrating my March 1 anniversary, I crossed another milestone a few weeks ago.  In the eyes of the Internal Revenue Code, I am now “elderly” — that is, I am now of the age to qualify for the additional credit for the elderly under IRC § 22.  This has caused me to reflect on how I want to proceed with the remaining stages of my life, and I have concluded that I am ready to move on to a new stage.

So it is with a mix of excitement and bittersweet emotions that I am announcing today I will be retiring from the position of National Taxpayer Advocate on July 31, 2019.

I am making the announcement now because I want to prepare the Taxpayer Advocate Service for a smooth transition, and I want to participate in the selection of my successor.  I have a very short list of critical items I want to accomplish with respect to TAS before I retire — including publishing new IRM chapters on Taxpayer Assistance Orders and Taxpayer Advocate Directives, finalizing a regulation governing the operations of Low Income Taxpayer Clinics, and regaining the ability to hire attorney-advisors.  I have a slightly longer list of priority items for the IRS that Commissioner Rettig has asked me to create; it includes developing an automated economic hardship risk indicator, developing mandatory employee training on the Taxpayer Bill of Rights, developing guidance and training regarding the identification and public disclosure of Program Manager Technical Advice (PMTA) memoranda, and designing rights-based Notices of Deficiency, Collection Due Process Hearing notices, and Math Error notices.  We will be very busy over the next few months!

From the minute I started this job in 2001, I have been focused on building an institution that would survive the comings and goings of any individual.  In a way, for 18 years, every action I have taken has been designed to prepare for the moment I would pass the leadership of TAS on to another person.  Underlying all my actions and plans as the National Taxpayer Advocate has been a recognition that the Taxpayer Advocate Service is more than an organization — however independent — within a bureaucratic federal agency.  The Taxpayer Advocate Service is a concept — an idea.  It represents the proposition that taxpayers have rights and protections before the awesome taxation powers of the United States.  TAS also demonstrates — in practice, not just in theory — that the government itself can protect those rights.  While that statement seems almost impossible to some, TAS has shown it is, in fact, possible to have an effective taxpayer rights advocacy organization within the IRS.  That is not to say we haven’t had serious disputes with the IRS over the years; of course we have, and I have publicly reported on those disputes in the interests of both transparency and progress.  Rather, my point here is that TAS has survived those disputes and become stronger and more independent as a result.

I do not believe in the great (wo)man theory of leadership.  As the head of the Taxpayer Advocate Service, I know better than anyone else that TAS is, to use a trite but accurate phrase, more than the sum of its parts.  TAS is the independent, effective taxpayer rights organization it is today because of millions of actions its dedicated employees have taken day in and day out since TAS was first created as part of the IRS Restructuring and Reform Act of 1998.  In more than four million taxpayer cases TAS has handled since I started here, in the 18 Annual Reports to Congress and 18 Objectives Reports to Congress we have completed, in the hundreds of internal IRS teams and working groups TAS employees have joined, in the hundreds of regulations and thousands of IRM provisions TAS has reviewed, in the thousands of advocacy submissions submitted by taxpayers, representatives, and IRS employees alike that TAS has reviewed, in the dozens of surveys and focus groups and research studies TAS has conducted, in the Public Forums on Taxpayer Needs and Preferences, in the International Conferences on Taxpayer Rights, and in these NTA blogs, it is TAS employees who have been working tirelessly to advocate on behalf of taxpayers.  It is their dedication and their passion and their energy that has propelled TAS.  And it has been my privilege and my good fortune to stand at the head of that wave, at times holding on for dear life and just trying to keep up.

It is that dedication and passion and energy that will propel TAS going forward, regardless of who leads it.  TAS is an institution now, and expectations of it are high.  And rightfully so.  I will be working full-tilt on advocating on behalf of taxpayers until the moment I walk out the door of 1111 Constitution Avenue on July 31.  And for what it’s worth, I will continue my lifelong advocacy for taxpayer rights after that date.  Regardless of the Internal Revenue Code’s perspective on my age, I still feel eager for new adventures (some of which will involve goats and sheep, and their fiber).  But that is the next chapter of my life, to be determined.  In the meantime, there is much to be accomplished before the current chapter comes to a close.  Onward!

Those shoes will be hard to fill! Thank you, Nina!