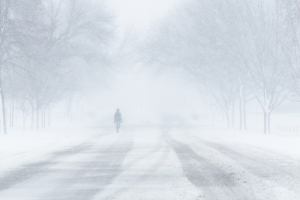 A Minnesota judge has not only complained about the weather—he decided to do something about it.

In a March 7 order, Judge Kevin Burke issued an injunction barring any more snow this winter in specified areas of Minnesota—especially in Hennepin County where he presides. Above the Law, WCCO and the Star Tribune have coverage. Burke identified the plaintiffs as the citizens of Minnesota, represented by the law firm of “Sue, Grabit, and Run.

The defendants were listed as “Minnesota Meteorologists, Old Man Winter and Mr. Snow.”