Mehrotra Presents T.S. Adams And The Beginning Of The Value-Added Tax Today At Toronto 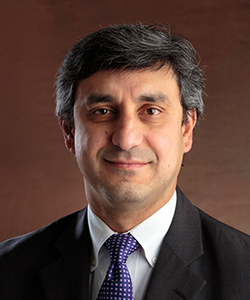 Nearly all developed countries, and many in the developing world, have some type of a national consumption tax, frequently in the form of a value-added tax (VAT). The United States is an exception. This project focuses on the fundamental question: why no VAT in the United States? To address this overall research question, this project explores three key historical periods.

The first is the 1920s, when tax theorists in the United States and Germany first began to formulate and propose crude forms of value-added taxes. The second critical period is the decades of the mid-twentieth century. During the 1940s, the United States once again seriously considered but rejected national consumption taxes aimed at raising revenue for World War II. Similarly, after the war, during the U.S. occupation of Japan, American economic experts designed and implemented a proto-VAT for Japan. The third crucial period is the 1970s and ‘80s. During these decades, American lawmakers considered and even supported a U.S. VAT, but eventually withdrew their support or were ousted from political office. At the same time, other developed countries, such as Japan, Australia, and Canada, began to move towards a national VAT. By focusing on these three key historical periods from a comparative perspective, this project seeks to study how and why the U.S. has failed to adopt national consumption taxes, such as the VAT.