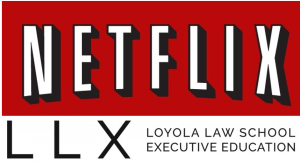 Inside Higher Ed, A Law School Ventures Into Executive Ed:

Michael Waterstone, Fritz B. Burns Dean of Loyola Law, said the motivation behind the program is to open up legal education to a “wider range of executives and professionals.” ...

While LLX’s mission is ostensibly to make legal knowledge accessible to people without law degrees, the law school still wants to make money. Admissions will be selective, and the six-week courses will cost around $1,000. In addition to online courses, LLX will also provide on-campus courses and is open to teaching bespoke curricula on-site at company locations.

“What we’re looking to do is deliver our core product to a different universe of people that could use it and have the ability to pay for it,” said Waterstone. ...

Central to the project’s success was finding the right person to lead it, said Waterstone. “We needed someone who understood what the start-up world looks like, but who also understood the law side. We wanted someone who could work lean and take some risks -- who could move fast and break things.”

That person was Hamilton Chan. Now director of executive education at Loyola Law School, Chan’s résumé is impressive. A Harvard Law School graduate who worked at a top law firm, Chan has also worked as an investment banker, a movie studio executive and an entrepreneur. He can code, too.

Chan said an important first step in the project was building support among the law school's many constituents. “People have notions of what the Loyola brand should be -- there were concerns about diluting that,” he said. Convincing the faculty, alumni, Board of Directors, parents and everyone else in the Loyola ecosystem that this is a good idea “took a lot of groundwork in the first few months.”

Ahead of the Curve, The Netflix of Legal Education?:

Talk to Hamilton Chan for a few minutes about Loyola Law School, Los Angeles’ new executive education program, dubbed LLX, and a theme emerges—Netflix, the streaming behemoth that lets you lose days of your life binge watching the entire run of Friends, or, say, delving into a true-crime documentary like Making a Murderer.

The way Chan sees it, traditional legal education is a lot like a Direct TV package, with hundreds of channels spanning from sports to science fiction. Some people love the ability to surf endlessly, but not everyone wants or needs all those channels—just as not everyone has the funds and three years of their lives to devote to getting a J.D. Still, plenty of people in the business world would benefit from some legal basics in their day-to-day work.

So why not unbundle legal education and let people pick and choose what they want to learn about, and deliver that content online in short spurts while not breaking the bank? That’s essentially the idea behind LLX, according to Chan, who is the director of the school’s executive education program. It’s a series of short online courses focused on specific areas of the law, such as negotiations, contracts and intellectual property. There are no exams, no grades, and no degree at the end. But students should come away with a legal foundation in their area of interest for less than four figures. (Each course costs $950.) The program is geared toward business executives as well as lawyers who want to develop new skills. ...

This is certainly a venture worth keeping tabs on. I suspect, as does Chan, that other schools will follow suit if LLX proves to be a financial success. An important part of the plan is for businesses to pick up the tab for their employees to enroll. Initially, Loyola plans to cap enrollment in this summer’s negotiation course at “several hundred,” Chan said. That’s $190,000 in tuition if 200 people enroll. I suspect Loyola has spent far more than that to develop LLX, but you can see the potential payoff down the line. Once created, the online courses presumable will cost relatively little to offer year-to-year. And with numerous courses per year, the revenue generation potential is significant. I think the biggest challenge lies in convincing people—and employers—that the courses are worth it. I think word of mouth will be key there. If early cohorts are pleased with the program, I can see LLX taking off.