Chodorow: Opponents Of Clergy Housing Allowance Should Turn To Congress And The IRS After 7th Circuit's Rejection Of Establishment Clause Challenge 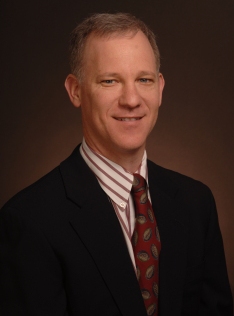 The Seventh Circuit recently issued its long-awaited decision in Gaylor v. Mnuchin, holding section 107(2) constitutional.  Unless the plaintiffs appeal or decide to try again in another circuit, this decision ends a legal dispute dating back to 2002, when the Ninth Circuit, sua sponte, questioned the provision’s constitutionality.  Having written an article arguing that the provisions is unconstitutional (The Parsonage Exemption, 51 U.C. Davis L. Rev. 849 (2018)), drafted an amicus brief supporting the plaintiffs, and argued the case, I can’t say that I’m pleased with the result.  That said, this case had it all, and it was truly an honor to be involved in the fray.

The case raised a host of procedural issues, including standing to challenge tax provisions and the appropriate remedy for alleged constitutional violations.  It also raised factual questions related to Section 107’s legislative history and how allegedly similar provisions operate and were interconnected.  The case raised substantive constitutional question regarding the appropriate test to use to evaluate whether state actions violate the First Amendment and how to apply it to the facts of this case.  However, for my money, the best part was that this was one of those rare cases where tax theory could make a significant contribution to the understanding of how these provisions functioned.  In particular, it could help distinguish between normative provisions in the housing context and those designed to serve as subsidies.

For those considering another run at this, the court’s decision reached a number of conclusions that are, in my opinion, suspect

First, the court lumped the parsonage exemption in with section 119, which codifies the “convenience of employer test,” under which onsite housing is excluded from income because the employee could not do the job without accepting the housing, noting that Congress had relaxed the requirements in a number of situations, such as work camps, which were deemed to be onsite.

The difficulty is that Section 107 and its legislative history never mention convenience of the employer.  More important, the relaxations to Section 107 all involve in-kind housing and situations where the housing is integrally related to work being done, while Section 107(2) involves cash allowances for housing.  It is hard to imagine how giving employees cash and letting them live wherever they like is for the employer’s convenience, as opposed to compensation.  It is not forced consumption, but rather consumption, plain and simple.

Second, the court noted that Congress had broad latitude to create tax categories and use categorical exemptions.  While this may be true in the abstract, only four groups get tax-free housing allowances: military, government employees living abroad, expatriates, and ministers.  The court never addressed the fact that the first two groups were government employees, making exemption tantamount to grossed up compensation, while expatriates can exempt housing whether they are living abroad at the behest of their employer.  This latter point seems wrong, but if the court is correct about Section 911, it only undermines the claim that expatriates should be grouped with others who receive tax-free housing.

While it is possible to tie the various provisions that deal with housing together because they all deal with housing, doing so ignores the history of these provisions and the very different purposes they serve.  The result is a rule that Congress is entitled to provide benefits to ministers so long as it provides them to one other class of taxpayers, even if there is little or no connection between them.

Third, the court accepted the claim that tax exemptions do not amount to government support for religion because they do not extract money from one taxpayer and use it to support religion.  While this claim finds support in Walz, if true, it should have been dispositive in Texas Monthly, which found a tax exemption for religious periodicals unconstitutional. Ironically, the court maintained this assertion while noting in its very first paragraph that both the US Treasury Department and several intervening religious organizations claimed that “the survival of many congregations hangs in the balance.”  If taxing ministers on all their income, instead of just part of it, will destroy churches, it is hard to see how the exemption is not a form of support.

In Regan v. Taxation With Representation of Washington, Justice Rehnquist noted that “both tax exemptions and tax deductibility are a form of subsidy that is administered through the tax system.”  It can only be hoped that the court one day returns to this key insight.

Finally, the court accepted the government’s claims that applying Section 119 to churches would be more entangling than Section 107(2).  This finding ignores the myriad decisions that must be made regarding what qualifies as a religion, who qualifies as a minister, what work qualifies as ministerial in nature, and how much such work is necessary for ministers to qualify for an exemption.

In sum, the court did not acknowledge the many significant differences between the various provisions that provide tax-free housing, evident in the legislative histories and brought into even clearer focus by reference to tax theory.  It also ignored the economic reality that tax exemptions operate as subsidies.  Perhaps another panel would come out differently.

In the meantime, those opposed to the parsonage exemption should focus on administrative or legislative fixes.  Even exemption supporters might balk at the many abuses and inequities that arise, such as minsters living tax-free in $10.3 million homes, basketball coaches and college teachers and administrators — who receive the exemption, while many who do the exact same job do not.  Many things seem impossible, until they do not.  Full repeal seems a stretch, but dollar limits and a restriction to situations where ministers are acting as ministers, not teachers in church-affiliated schools might be within reach.

Sorry, but Democrats are generally only able to get their way through activist judges. The legislature is a dead-end.