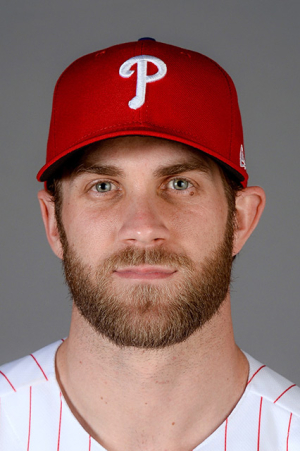 Los Angeles Times, Bryce Harper Will Save Tens of Millions in Taxes by Spurning the Dodgers and Giants:

For Major League Baseball players, three teams are at the bottom of the standings on state taxes: the Los Angeles Dodgers, San Diego Padres and San Francisco Giants.

That’s because California is in a league of its own on personal income taxes. We’ve got by far the highest state rate in the nation, topping out at 13.3%.

By contrast, Pennsylvania has a low flat rate for every taxpayer regardless of income. It’s just 3.07%. That’s one reason why superstar slugger Bryce Harper signed an eye-popping 13-year, $330-million contract last week with the Philadelphia Phillies, spurning the Dodgers and Giants.

Harper will save tens of millions in taxes by signing with the Phillies instead of a California team. “With a contract of that magnitude, it’s dramatic,” Scott Boras, Harper’s agent, says of the taxes. “It could be almost a full year’s compensation." “The Giants, Dodgers and Padres are in the worst state income tax jurisdiction in all of baseball,” Boras adds. “Players really get hit.” ...

To what extent do California’s sky-high taxes drive players away? “It’s a red light,” agent John Boggs says. “I’ve had players in the past say they don’t want to go to certain states because they’re going to get hammered by taxes. Obviously, that affects the bottom line.” ...

High California taxes didn’t stop former Dodger Manny Machado from signing an astronomical 10-year, $300-million contract with the San Diego Padres last month. Maybe that was the best net offer he got. And maybe he just wanted to play ball in the nation’s best climate.

Boras notes that Harper got $30 million more than Machado, but calculates that when all taxes are figured, the new Phillies player will net around $55 million more.