Using individual tax returns, Piketty and Saez (2003) concluded that the top one percent income share at least doubled since 1960. But these estimates are biased by tax base changes, missing income sources, and major social changes. Piketty, Saez, and Zucman (2018) addressed some of these issues by targeting the distribution of total national income. They concluded that the top one percent share increased by two-thirds since 1960 and doubled since 1980. However, broadening income beyond that reported on tax returns requires specific assumptions to distribute these additional income sources. This paper shows the effects of adjusting for technical tax issues and the sensitivity to alternative assumptions for distributing missing income sources. Our results suggest that recent top income shares are significantly lower and that there has been relatively little change since 1960, though a modest increase since 1980. The most important reason our results differ from Piketty, Saez, and Zucman (2018) is our allocation of underreported income according to detailed IRS audit studies rather than proportional to income reported on tax returns. 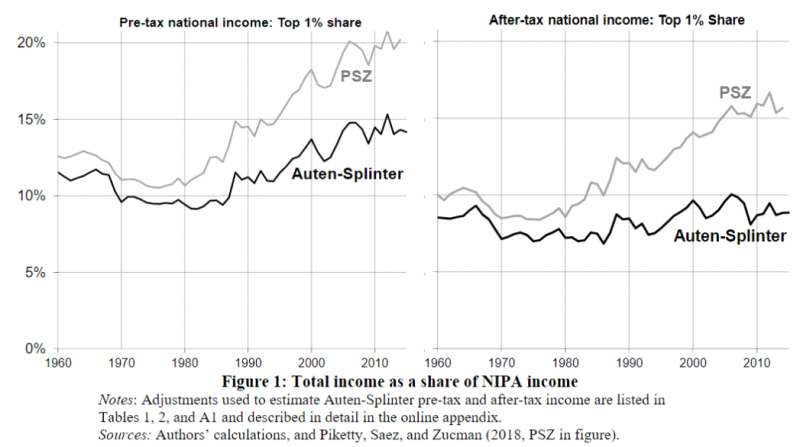 Thank you. Thank you so very much for not fitting the data to a theory.