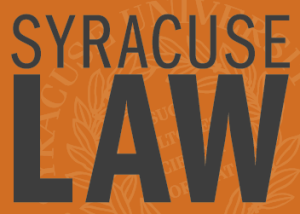 A Jan. 24, 2019, USA Today article entitled Law schools where too many graduates fail the bar exam may face tougher sanctions, mistakenly included Syracuse University College of Law in a list of 18 schools that would not satisfy the ABA’s proposed new 75% bar passage standard if the standard were applied to their 2015 bar passage rates. In fact, not only did Syracuse’s bar passage rate of 82.6% for 2015 graduates clearly exceed the proposed standard, its bar pass rates for the classes of 2016 and 2017 are even stronger, surpassing 90%.

The American Bar Association (ABA), which accredits law schools, promulgates a set of standards with which law schools must comply in order to maintain their accreditation. Recently, the ABA proposed a new “ultimate bar passage” standard that requires each class in all accredited law schools achieve a 75% bar passage rate within two years of graduating.

In its article commenting on the new standard, Gannett, the publisher of USA Today, included a table showing that Syracuse’s 2015 graduates had an ultimate bar passage rate of 71.2%. The class’s actual rate, which has been confirmed with the ABA, was 82.6%.