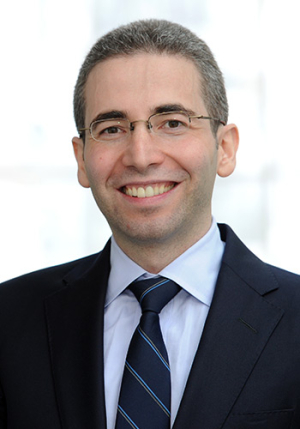 Senator Elizabeth Warren recently proposed an ultra-high net-worth wealth tax that would raise hundreds of billions in revenue per year while taking no money from 99.9% of U.S. households. Warren would annually tax household fortunes above $50 million at 2 percent of their value, and fortunes above $1 billion at 3 percent. 99.5% of U.S. households have net worth’s below $16.5 million according to the Survey of Consumer Finance. Even highly successful, hard-working, and well-educated people are extremely unlikely to pay a dime because of this proposed tax.

You do not have to favor government spending to support a high-net-worth tax. While Warren envisions using the revenue to fund public investment programs to support the middle class, tax revenue could instead be used to fund tax relief for middle class and poor Americans. The middle class and the working poor and their employers pay payroll taxes—literally a tax on wages—which collectively exceed 15% of wages below $133,000 per year. This tax wedge drives up the cost of U.S. labor for employers and drives down take-home pay for workers.

Over the last 40 years, federal tax revenue has come less and less from corporate taxes, and more and more from payroll taxes.  Like France’s ancien regime, we are increasingly taxing the poor and the middle class. Recent tax reforms compounded this trend.

Critics of Senator Warren’s proposal have suggested “alternatives” that are easier for ultra-high-net worth households to avoid. These alternatives also raise taxes on middle-class households. Specifically, they propose increases in long term capital gains tax rates and an increase in inheritance taxes. These policies could supplement a tax on extreme wealth but cannot replace it as a way of raising revenue while taxing only the kind of extreme wealth that confers disproportionate political influence.

If taxpayers can avoid realizing gains until death, then their heirs will never have to pay any capital gains taxes on previous appreciation. (Ed McCaffrey summarizes tax planning as: “Buy.  Borrow.  Die.”).

Inheritance taxes can similarly be minimized through a combination of gifts to family members, contributions to family-controlled foundations and non-profits, valuation games, and relocation to low tax jurisdictions toward the end of one’s life.

These tax avoidance techniques come with fees for tax lawyers, financial advisors, and other intermediaries. There are economies of scale to tax planning, and so these techniques are far more feasible for those with ultra-high net-worth than for those who are merely middle or upper middle class.

If a tax on ultra-high net-worth fortunes is coupled with funding for enforcement to prevent tax avoidance, applies to a broad base of assets, and is coupled with exit taxes to prevent capital flight—as Senator Warren proposes—then it can be a far more effective way of raising revenue and a far more targeted approach to limiting high-end inequality than alternatives.

Some have decried exit taxes, but such taxes are completely consistent with business law principles. Under the Uniform Partnership Act, when a partnership is wound down, assets are sold and distributed to creditors and partners. Similar rules apply to the dissolution of a corporation.

Value is created in our economy through a partnership between the private and public sectors. The public sector builds physical infrastructure, invests in basic research, supports an educated work force, collects and disseminates data, adjudicates property and business disputes, ameliorates negative externalities such as pollution, and secures global supply chains to promote greater specialization and economies of scale. The government’s return on this investment is tax revenue.  When a billionaire decides to decamp, he is electing to wind down his partnership with the public.

A wealth tax will inevitably encourage valuation disputes, but governments have centuries of experience managing such disputes when administering property taxes. Private businesses may be harder to value than real estate, but there is a low-cost way that disputes can be settled using private law tools known as “shotgun” clauses. Let taxpayers value their own assets for tax purposes but give others an option to buy those assets for the stated value.

While many experts believe that a wealth tax would be constitutional (see also here and here,), there are alternatives that are extremely similar to wealth taxes and do not raise constitutional questions, such as Edward Kleinbard’s Dual BEIT and a proposal by Ari Glogower. The critical difference between an income tax and a wealth tax—delaying taxation until realization—is a matter of administrative convenience, not a constitutional requirement.

Congress could enact a wealth tax with a savings clause that would create a backup plan in the event that the wealth tax is declared unconstitutional: an economically comparable—albeit longer and more complicated—income tax. This would reduce incentives to challenge the constitutionality of the wealth tax in the first place.

Thus far, claims that Warren’s wealth tax would be unconstitutional have been promoted only by staunchly ideological political pundits without formal legal training. The Wall Street Journal rushed out an intemperate “constitutional” critique, laced with irrelevant race-baiting.

Even if economically conservative political preferences are shared by a majority of sitting Supreme Court Justices, the Supreme Court is supposed to decide cases on the merits, not play politics. The mere possibility that the Court might inappropriately strike down a law is not an excuse for members of Congress to block it.

Michael Simkovic is a Professor of Law and Accounting at the University of Southern California.

Other than the complexity, the fact that wealth taxes are notoriously leaky, and possible constitutional problems, this is a great idea