Should You Allow Laptops In Class? Here’s What The Latest Study Adds To That Debate 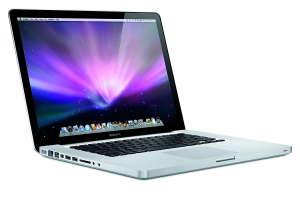 Chronicle of Higher Education, Should You Allow Laptops in Class? Here’s What the Latest Study Adds to That Debate:

Point: Laptops are a menace, undermining how students take notes in class and distracting not only those using them but also their neighbors.

Counterpoint: Laptops are a lifeline, allowing students with disabilities to participate fully in class.

Plenty of professors have strong opinions about whether laptops belong in the classroom. They also pride themselves on holding opinions based on research. So a new paper investigating the difference between taking notes longhand or on a laptop was bound to attract attention. But that doesn’t mean it offers a definitive answer.

The paper, How Much Mightier Is the Pen Than the Keyboard for Note-Taking? A Replication and Extension of Mueller and Oppenheimer (2014), was published this week in Educational Psychology Review. As the title suggests, the authors tried to replicate a well known study that found that students who took notes by hand fared better on conceptual test questions than did those who typed notes on a laptop [The Pen Is Mightier Than the Keyboard: Advantages of Longhand Over Laptop Note-Taking]. Students who took notes on a laptop wrote more, and were more likely to write what a lecturer said verbatim, according to the original study. Perhaps, the authors of that study wrote, students taking notes on laptops did so “indiscriminately or by mindlessly transcribing content,” did not form a deep understanding of the material, and therefore did worse on the items that demanded such understanding.

The original study was cited among several that led one professor to ban laptops in her classroom in a widely read and much-debated New York Times article.

The new paper, in contrast, couldn’t completely replicate those findings. Instead, it found that students who took notes by hand fared a bit better on factual test questions, but not on conceptual ones. While both papers find some advantage for students who take notes by hand, the new study at least complicates the 2014 paper’s theory about why handwritten notes appeared to improve conceptual understanding in particular.

So where does that leave us in the laptops-in-the-classroom debate?

As someone whose penmanship and ability to handwrite quickly has been horrific since grade school, i simply could not have done as well ( and possibly could not have survived) in law school. Instead of banning laptops, how about cutting the wireless access and maybe have a code of conduct students sign agreeing not not to play games?

Funny how professional teaching customarily involves (1) organized perusable writing for the outside world, and (2) loose mass chatter for one's customers to scrawl down to be tested on. I like learning but I DESPISE the costly, slow and wearisome casebook and live lecture (or even worse, "socratic" canned classmate question) emphasis format.*

In science class and tax class - both fairly looked up to, I understand - we got a little practice with raw research papers / court opinions but then the professors respected us enough to give us the best written materials and practice problems possible, and lots of them, then follow up with interactive discussion emphasizing the toughest spots.

Rushing to not miss bits for the exam is a huge distraction from that valuable classroom (or at least teacher) dependent process.

So the question should not be so much laptop or pen, but whether to stress the stenography or just give out good notes, trust (and prod) the students to think through the ideas and make sure the profs are well recognized for facilitating that process rather than just allowing imperfect copies of a hoard of knowledge.

* So I might never get to be a tax prof but I appreciate Dean Caron letting me comment on his blog. Laptops for the win!

I guess a replication of the experiment five years from now would show that those who toook notes hitting a keyboard would get the most out of the classes. Law School comes so late in life that kids growing up today will have to relearn handwriting after a decade of typing.

I liked what one history professor I had did. He passed out notes outlining what he'd be saying with a blank space for his most detailed remarks. That showed us the structure, so we need not guess at that, and spared us much of the writing down. But we also had to listen to catch the important details.

That worked with paper. It shouldn't be hard to create a note-taking app that could take that structure and let students jump from one blank area to the next digitally. They could listen more and type less. That'd be great if their handwriting is as bad as mine. It might even be possible to record the class with indexing to the audio when a student is typing. That'd let them review the remarks later.

In my best of all worlds, I'd study differently. Before I took a course, I'd listen to that same class from a previous semester, not bothering to catch all the details, just getting the general flow of the course. That'd mean fewer surprising when I took it for real. That's particularly important for courses that cover new ideas. A lot of law is like that.