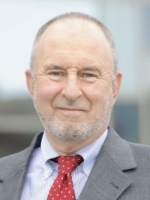 John Roemer (Yale) presents A Theory of Cooperation in Games With an Application to Market Socialism and Cooperation, Altruism and Economic Theory at NYU today as part of its Tax Policy Colloquium Series hosted by Lily Batchelder and Daniel Shaviro:

A Theory of Cooperation in Games With an Application to Market Socialism:

Economic theory has focused almost exclusively on how humans compete with each other in their economic activity, culminating in general equilibrium (Walras-ArrowDebreu) and game theory (Cournot-Nash). Cooperation in economic activity is, however, important, and is virtually ignored. Because our models influence our view of the world, this theoretical lacuna biases economists’ interpretation of economic behavior. Here, I propose models that provide micro-foundations for how cooperation is decentralized by economic agents. It is incorrect, in particular, to view competition as decentralized and cooperation as organized only by central diktat. My approach is not to alter preferences, which is the strategy behavioral economists have adopted to model cooperation, but rather to alter the way that agents optimize. Whereas Nash optimizers view other players in the game as part of the environment (parameters), Kantian optimizers view them as part of action. When formalized, this approach resolves the two major failures of Nash optimization from a welfare viewpoint — the Pareto inefficiency of equilibria in common-pool resource problems (the tragedy of the commons) and the inefficiency of equilibria in public-good games (the free rider problem). An application to market socialism shows that the problems of efficiency and distribution can be completely separated: the dead-weight loss of taxation disappears.

In Part 2, chapters 11 through 14, I apply Kantian optimization to market economies: that is, I embed cooperation in general-equilibrium models. I show how the problem of controlling global carbon emissions can be decentralized using a cap-andtrade regime, as a ‘unanimity equilibrium;’ how Kantian optimization in the labor-supply decision by workers in a ‘market-socialist’ economy produces Pareto efficient equilibria with any desired degree of income redistribution, which is to say that the equityefficiency trade-off dissolves; how public goods can be produced efficiently in a market economy; and how an economy consisting of worker-owned firms can achieve efficient equilibria, again with many degrees of freedom in the distribution of income, using Kantian optimization. Chapter 15 offers some final reflections.