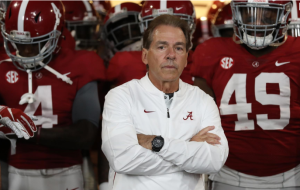 Alabama football coach Nick Saban racked up a win this month after all, prevailing over the Internal Revenue Service in court.

The deduction stems from a real-estate investment Mr. Saban made in Baton Rouge, La., through a property developer he met when he was head coach at Louisiana State University.

Mr. Saban loaned the developer, Joseph Spinosa, $2 million in 2006, for the construction of a shopping center and office complex in Baton Rouge.

The project ran into financial trouble, and Mr. Saban began asking Mr. Spinosa about a plan to repay the loan. Messrs. Spinosa and Saban agreed to contribute that debt so Mr. Saban could get a 15% stake in 2590 Associates, a partnership that owned a different real-estate venture in Baton Rouge.

“Mr. Saban did not want to directly own 2590 Associates because of privacy concerns,” Judge Joseph Goeke wrote in the opinion. “At the time he was the head football coach at the University of Alabama and felt there was negative public sentiment toward him in the Baton Rouge area because of his decision to leave LSU. He wanted to receive his interest through a business entity.”

2590 Associates claimed a worthless debt deduction of $2.9 million for that loan, plus interest, in 2011. The IRS challenged that deduction, arguing in part that Mr. Saban’s receipt of the stake in 2590 Associates satisfied the loan.

“While the transaction may not have been typical of a normal business relationship because of Mr. Spinosa’s personal relationship with Mr. Saban, it was a transfer of a legitimate debt,” Judge Goeke wrote.

Saban prevails after a review by SEC officials in Birmingham.