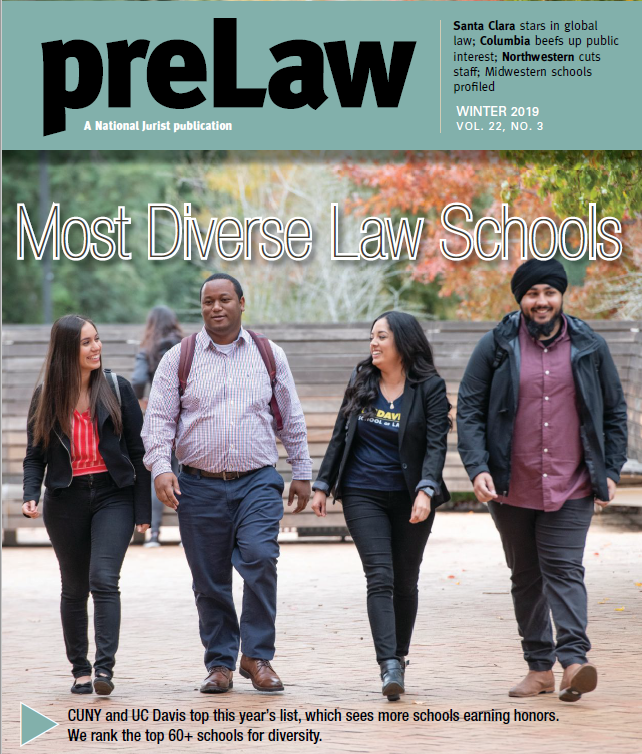 Diversity has increased significantly since the early 1980s, and progress continues. In an effort to track that, The National Jurist has assessed and graded law schools for diversity every other year since 2013.

This year, 60 law schools made our honor roll, which is determined by evaluating the percentage of minority faculty members [30%] and the percentage of students in five racial groups and comparing those to national averages [70%].

This year, 20 law schools received an A+ 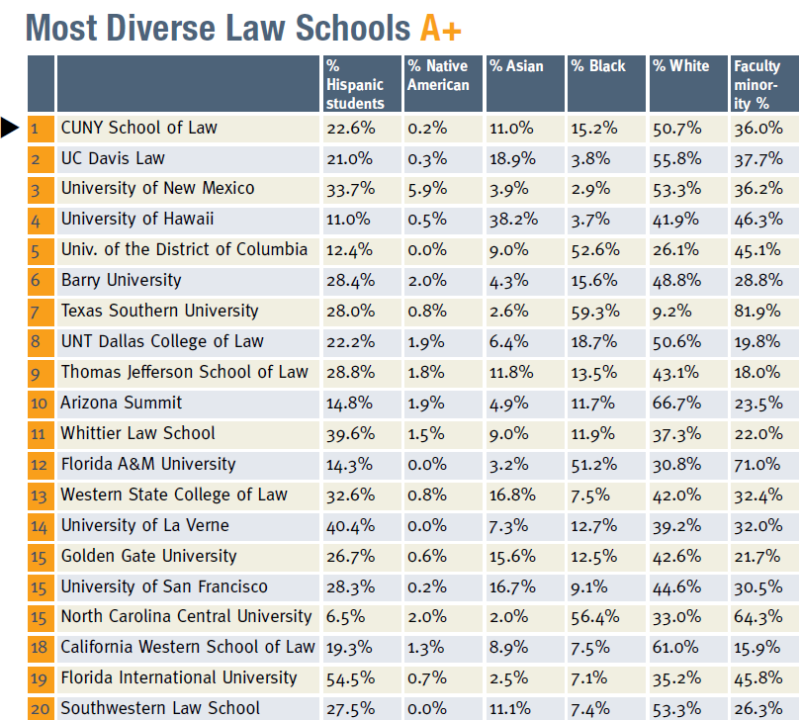 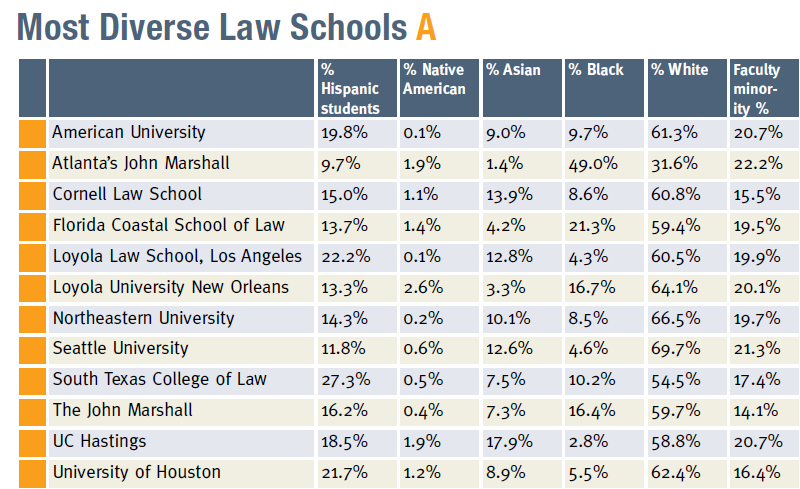 I think it's a mistake to evaluate schools on political criteria