Chronicle of Higher Education, Which Colleges Have the Largest Endowments?:

Colleges that participated in the 2018 Nacubo-TIAA Study of Endowments returned an average of 8.2 percent on their endowments for the 2018 fiscal year, compared with 12.2 percent for the 2017 fiscal year. The drop in the percentage was largely because of a decline in U.S. and international equity markets. Thirteen institutions had endowments valued at $10 billion or more, compared with 10 the previous year. Nearly half of the money colleges withdrew from their endowments was spent to support student scholarships and other financial-aid programs. Two-thirds of the colleges reported that they had increased spending from their endowments in the 2018 fiscal year, with a median increase among those institutions of 6.6 percent. 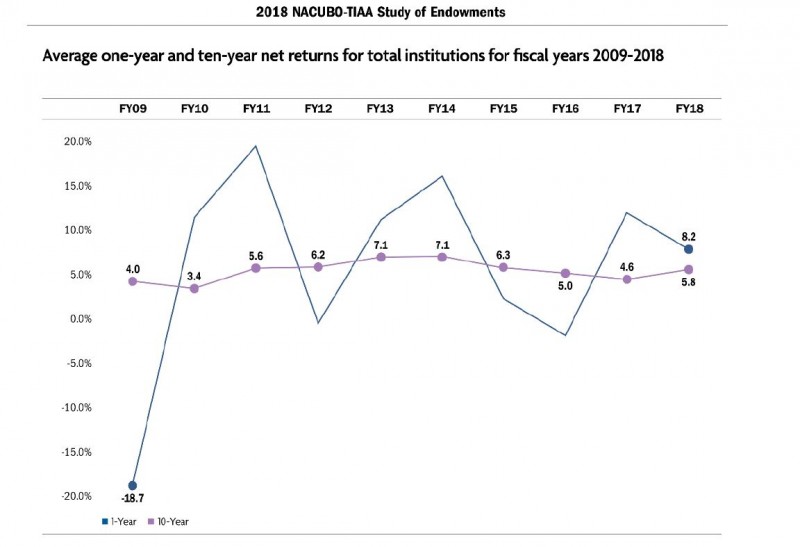 You see the advantage of private universities here. Except for possibly Texas, the state schools are at a large disadvantage. Perhaps some changes in the law are in order.

Rankings per student, or per faculty member of FTE employee would be more informative.

So, the guv should simply "tell" the wealthy foundations to pay their fair share, via the tax code.

Their endowments are up thanks to Trump's booming economy. Someone needs to call on them to put deeds to their words, demonstrating their anti-Trump credentials by donating all that evil Trump money to charities.