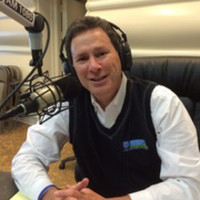 The traditional arguments in favor of maintaining an artificially high minimum passing score for the California Bar Exam seem so easy to defend. In the name of “public protection” we should require that the state only license the smartest and most capable lawyers. After all, how can “dumbing down the test” be in the best interest of the public or the profession? But these so-called policy arguments, seemingly righteous, lofty, and logical, do not reflect the actual legal questions that need to be asked. The licensing standard for passing the California bar exam should be a cut score that reflects the reasonable threshold for the “minimum qualifications for the first year practice of law.” This standard is well established by the Court and the Committee of Bar Examiners. Therefore, the legal question is whether the result of continuing to use 1440 as the minimum passing score in California meets the required licensing standard. Enforcing the appropriate standard serves a critical role in protecting the public, providing access to justice, and supporting diversity of the bench and bar.

Before we get into the details of who passes the California exam at 1440 . . . first lets do a logic check . . . does anyone really believe that 60% of all law school graduates from across California and the US and 68% of lawyers licensed to practice law in other jurisdictions are unqualified for the first-year practice of law in California? That is what we are supposed to believe from the results of the July 2018 bar exam. Forgive me, but that sounds more like protecting a home-state monopoly than protecting the public. The 1440 minimum passing score, when compared to the national mean score of 1350, results in California denying licensure to 20% more examinees than every other major jurisdiction, despite the fact that the California threshold licensing standard is purportedly measuring the same entry-level qualifications as all other jurisdictions.

For the California bar exam results to be valid, the argument would need to be made that practicing law in California is so unique and difficult that fewer than one-third of attorneys licensed and practicing in any other state, regardless of experience and only 40% of law school graduates, despite scoring the highest MBE test scores in the country, can qualify as a first-year lawyer in California. Excuse the repetition, but this continues to sound more like protecting a home-state monopoly than any legitimate effort to protect the public.

So why didn’t the California Supreme Court adjust the cut score back in 2017 when the same arguments were presented? In 2017, the "ask" was that the Court declare an emergency and invoke its inherent authority over attorney licensing in order to reset the cut score. In hindsight, this may have been asking the Court for too great of a leap at the wrong time. After all, the equivalent of the 1440 cut score had been in place for 60 years, there was only one recent bar exam result that dropped so precipitously to set off alarms (July 2015 = 43% pass rate), the change from a threeday to a two-day bar exam had just been introduced, the California State Bar was in the midst of being cloven in half to separate regulatory and trade association functions, and the Bar had just reported to the Court that a "focus group" study (using only 20 lawyers) determined that a cut score anywhere between 1388 and 1440 had a 95% chance of being valid. In the broader context, it was likely that there was just too much going on for the Court to move precipitously, so they did as courts do, they deferred judgment on the merits and asked for more information. It is important to note that the Court did not actually rule on any of the specific legal or policy challenges presented in the substantive briefs from the ABA law schools, California Accredited law schools, or others. They deferred comment, took no action, and asked for more information.

Fast-forward to today and we are at a different place. There have been two more two-day California bar exams with alarming results, including the 40% pass rate in July 2018 that is the lowest in 67 years. The state bar has been forced to report out (in response to a California Public Records Act request) updated race/ethnicity exam results that give rise to serious “disparate impact” legal questions created by the use of 1440 vs. 1350, a recent Bar sponsored performance study has refuted the argument that LSAT and UGPA admission policies were the primary cause of plummeting bar pass rates, and a separate state bar sponsored report confirmed that there was no relationship between high cut scores and reducing the number of unethical disciplined lawyers.

Even more troubling, the recently released state bar statistics from the July 2018 bar exam indicate that if the national standard of 1350 were applied in California, the passing rate of white examinees would increase approximately by 43 percent, Asians by 64 percent, Hispanics by 68 percent, and Blacks by 125 percent. This type of statistical differential by race/ethnicity for a mandatory, pre-employment state licensing exam is a textbook definition of the type of “disparate impact” that the California Courts have found unconstitutional in previous employment cases.

Protection of the public requires that California citizens have access to qualified lawyers who reflect the diverse communities of California, meet rigorous academic standards, pass a comprehensive moral character review, and pass the mandatory Multistate Professional Responsibility Exam. No one is arguing otherwise. Public protection also requires a bar exam minimum passing score that properly reflects the legal standard set by the court and meets the constitutional requirements for equal protection for all examinees under California law.

Finally, it is important to note that adjusting the minimum passing score to meet the appropriate legal standard is not “dumbing down the test.” The same rigorous, multi-dimensional bar exam will continue to be used. The test will not change. However, the uncontested facts on hand . . . a disproportionate failure rate of otherwise qualified examinees when compared to national standards and the apparent adverse impact on protected classes . . . provides more than enough reason for the California Supreme Court to reconsider the current scoring of the California bar exam in order to fulfill its obligation to protect the public, provide access to justice, and support diversity of the bench and bar.

Mitchel Winick serves as President and Dean of Monterey College of Law, a private, non-profit, California Accredited Law School system that also includes San Luis Obispo College of Law and Kern County College of Law. Winick is the former chair of both the State Bar of California’s Law School Council and the Committee of Bar Examiners Rules Advisory Committee.

Scott, the raw scores have indeed been dropping over a period of years. Two thoughts on this. I can’t speak to all other states, but I can comment on California. At the national mean score of 1350, the discussion would be about a relatively inconsequential drop within otherwise passing scores between 1350 and 1800. It would not be a crisis and the overall pass rate in California would be between 65-70%, around the national average. At the artificially high 1440 cut score, it only takes missing 3-4 MBE questions out of 200 to fall from a passing 1440 to a near miss 1430 . . . and yet be 40 points higher than the national mean passing score. The elevated 1440 leaves so little room for error that it cannot be valid for “the minimum qualifications for the first year practice of law.” Second, experienced lawyers taking the attorney exam fail at about the same rate (60-68%) as new graduates. What is the argument? That licensed practicing attorneys in good standing from other jurisdictions are suddenly suffering diminished capacity when they sit for the California exam? The answer to your question, which is exactly the right question, is that the exam content has changed, the grading has changed, the graders have changed, and the scaling of the score is faulty. The state bar’s own studies have discounted any other alternatives. The actual answer is likely some combination of all of these elements, plus some contribution of student characteristics and changing student learning (and testing) styles. However, that is all a completely different set of issues from the faulty scoring policy of 1440.

I see nothing in this piece that mentions the fact that California bar pass scores have dropped significantly over the last decade. Why have they dropped? Law schools are admitting students with lower credentials. This is the problem, not anything mentioned in the piece.