Brian Leiter has noted elsewhere that LSAT and GPA are "highly manipulable" by law schools. But I'd like to focus on a slightly different area: the distortion of student quality by the reporting of medians.

A student, after all, has both an LSAT score and a GPA. But the USNWR ranking isolates LSAT and GPA. An incoming class under USNWR, then, is no longer the composite of students; it is the composite of LSAT scores and GPAs, each independently evaluated.

At the same time, schools are still trying to accept the "best" students, and they need a metric for identifying the "best."  Each school often has an "index" formula, which combines LSAT and GPA into a single number, weighting each differently. 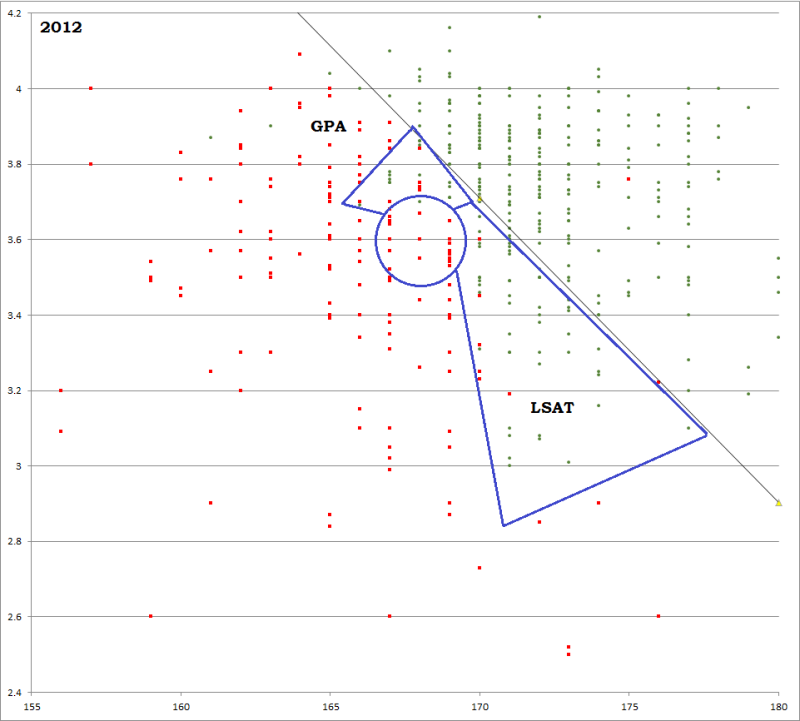 But what about those in the "donut hole"? These are high-quality candidates—that is, they are very close to the index line of the school, comparable to many others who are admitted. There is virtually no chance at these students being accepted: their odds are worse than 10% each year. But their peers with comparable—or worse—index scores, but who have a higher isolated GPA or LSAT score, are admitted at dramatically higher rates. It is because the students in the "donut hole" are "below-below" candidates; they cannot assist the school's LSAT or GPA medians.

Very insightful - one of few US News ratings critiques that identifies a clear shortfall rather than a hand-wringing plea to substitute hand-waving!