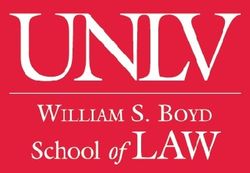 Nevada’s decision in 2017 to lower the cut score necessary to pass the state’s bar exam may have ramifications beyond higher success rates. The American Bar Association is currently considering pulling its sanction from law schools that graduate too many students who fail the test.

The new ABA accreditation standard would “require 75 percent of a given school’s test takers to pass the bar within two years of graduation,” The Wall Street Journal reported Monday. The proposal will be considered this month when the association convenes for a meeting in, ironically, Las Vegas. ...

Consider UNLV’s Boyd School of Law. In July 2011, the school’s bar-pass rate was an impressive 87 percent. Five years later in 2016, the number had plummeted to 63 percent. In response, the state slightly lowered its cut score. Voila! The 2017 rate jumped to 81 percent.

Rick Trachok, chairman of the Nevada Board of Bar Examiners, argued that the lower score didn’t make a difference. The increase, he said, resulted from much higher marks on the multistate portion of the exam. ...

Boyd would likely be safe under the ABA’s new standards. But let’s hope that ultimately reflects a more able student body than a dumbing down of the bar-pass score to artificially juice the numbers.

Nevada has always been famously protectionist and treated the bar exam with guild mentality. Until struck down by a federal judge, Nevada had an infamously protectionist rule that barred law firms from regular practice in state unless the firm name included a Nevada-admitted lawyer's name. After that was struck down, many firms moved in and disrupted the market, including putting some large old in-state dinosaurs like Lionel Sawyer out of business. Nevada had one of the highest cut scores in the country, up there with DE (145) and CA (144). At 138, the cut score still remains higher than many other jurisdictions. I don't doubt many states are illegitimately being asked to lower their cut scores, but Nevada isn't one of them.