Twelve months after Congress cut business tax rates and sped up deductions to set off a capital spending boom, the results are proving modest at best.

A broad measure of business investment surged earlier in the year, but slowed since. It swung in part not because of tax policy, but in line with shifts in energy prices. Moreover, shipments of capital goods have tailed off after rising robustly early in the year and industrial capacity is rising modestly. 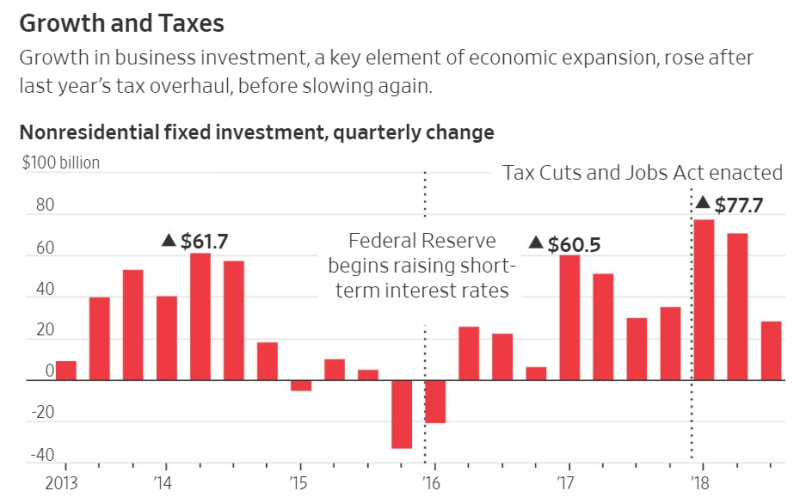 “The tax package did not stimulate or spark a boom in business investment,” said Gregory Daco, chief U.S. economist for consulting firm Oxford Economics. “There’s been an acceleration,” he added, “but if we’re honest with ourselves, we have to look back at when it started and what’s been driving it.” ...

Most estimates suggest the economy grew 3% in 2018, faster than its pace through most of the expansion. The tax law’s authors have hailed the solid growth and shrinking unemployment, but the economy’s ability to sustain that pace hinges on the path of business investment. ...

“People want clear victory laps or resounding defeats and you’ve got neither,” said Republican economist Douglas Holtz-Eakin. “You’ve got things that are better—but not uniformly great—and that can be frustrating.”