The 2017 Tax Law: A Boost To Growth Or A Missed Opportunity?

This paper summarizes and extends the analysis in Barro and Furman (2018) of the 2017 tax law, which dramatically reduced the corporate income tax rate. Barro and Furman find that the tax law as written would increase the annual growth rate of gross domestic product over the next decade by 0.02 to 0.04 percentage points. Extending these results, the effect of the tax law on national income would likely be even smaller, or perhaps negative, due to increased payments to foreigners needed to finance the larger budget deficit and increased investment and due to increased capital depreciation. It concludes with a proposal for genuine tax reform by expanding and making expensing permanent, disallowing interest deductions and raising rates that would increase economic growth by substantially more than making the current system permanent. Such reform also would make the tax code more stable, simpler and more efficient. 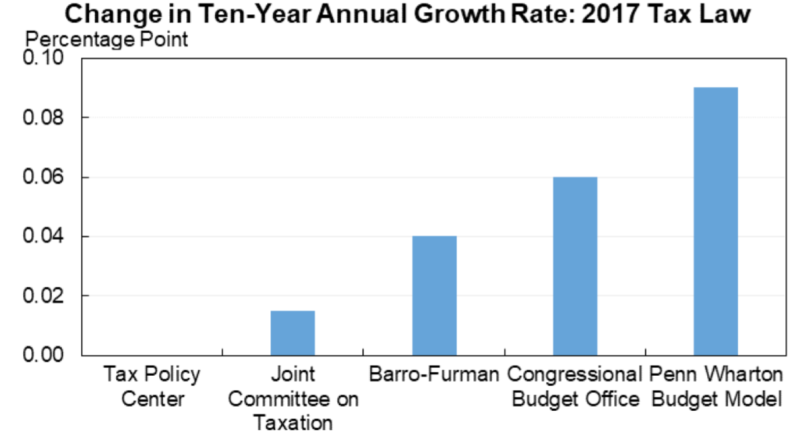 Is change in the rate of growth the same as change in GDP? If not, why not use GDP projections as opposed to rate of change projections?