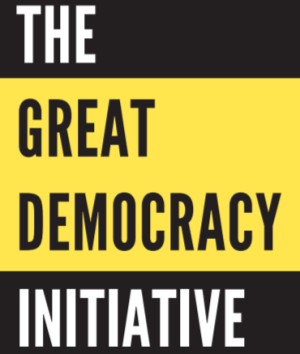 Closing tax loopholes has long been a central priority for both center-left and progressive tax policy proposals. This approach provides an appealing messaging strategy by focusing on tax cheaters and by prioritizing incremental change. It is also necessarily inadequate. While closing loopholes is by no means detrimental, designing a tax platform around tax loopholes is insufficient to achieve progressive policy priorities: It’s inherently reactive and small in scale. A preoccupation with legislative fixes to loopholes also creates the negative inference that our tax administrators are not positioned to close loopholes on their own, shifting responsibility for loophole closing away from the Treasury Department while consuming scarce room on the congressional tax agenda.

Repealing the so-called Tax Cuts and Jobs Act (TCJA) of 2017 is also insufficient as a progressive tax platform. While there are many elements of TCJA that should be repealed, the pre-TCJA baseline was no promised land; inequality was already rampant prior to TCJA, our infrastructure was already crumbling, and the federal government was failing to provide basic services to the American people. The deep pockets of concentrated wealth left outside of our tax base prior to TCJA also produced political inequality. Indeed, the passage of TCJA is a natural consequence of these pre-TCJA trends: wealth concentration enabled by a broken tax code allowed huge businesses and their owners to further tilt tax policy in their favor, compounding their wealth and political power even further. Meanwhile, middle class workers continued to see themselves shut out of both the political process and the purportedly growing economy.

An alternative approach to loophole closing or TCJA repeal is to view tax policy as central to restoring our democracy. To the extent rising inequality and the collapse of the middle class is a threat to our Constitution and the values it enshrines, tax policy offers a direct answer to this crisis. More than just closing tax loopholes or repealing fly-by-night tax giveaways to the rich, tax policy can be central to the functioning of our democracy by rebuilding the middle class and reviving the full potential of our public institutions.

This report proposes a suite of tax policies to put forth an affirmative vision of tax policy. These proposals are rooted in four principles:

Consistent with these principles, this report is organized as follows. First, tax policy must level the playing field between workers and holders of capital. This requires taxing limited liability, removing preferential tax rates on investment income, ending inequality for tax withholding, and enacting a national wealth tax. Second, tax policy should embrace the regulatory potential of the taxing power by removing subsidies for monopolies, ending tax preferences for multinationals relative to domestic businesses, and empowering agencies to institute Pigouvian taxes. Third, tax policy should restore civic identity by improving the experience of taxpaying, improving tax data transparency, and reviving the use of federal trust funds.

I'm confused about the democracy part. Shouldn't this be called "Restoring Equality of Outcome Through Tax Policy?" Why do so many people think that "democracy" means "whatever policy I like?"

NYU essentially trains the NY Bar to protect tax loopholes and then lectures the rest of us on "progressive” tax policy. It's no wonder Trump was elected.

Democracy and liberty are not synonymous. We should be trying to advance liberty more than democracy. Democracy can only take you so far.