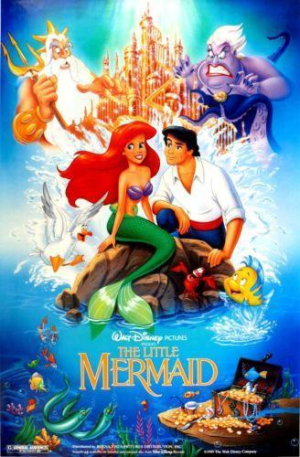 Inside Higher Ed, Princeton A Cappella Group Won't Sing Kiss the Girl From The Little Mermaid After Complaints That Its Performance Made Audience Members Uncomfortable:

In its typical performance of “Kiss the Girl” from The Little Mermaid, one of Princeton University’s all-male a cappella groups, the Princeton Tigertones, selects a woman from the audience.

The singers will playfully dance with her for a bit, and right before the number wraps up, they’ll pick a man from the audience, too. They might pretend to groom him, and spin him around, and then pull the duo together. And at the end, they declare that, in a node to the song's title, they should kiss -- and the couple will comply, sometimes on with a peck on the cheek, sometimes briefly on the lips.

The entire ritual appears harmless and lasts no more than three minutes, a usual and relatively well-liked selection in the group’s repertoire. But complaints over whether the encounter is consensual and appropriate has prompted the Tigertones to discontinue the song until the members can perform it in a way that’s comfortable for the entire audience, the group said.

Last week, a sophomore student, Noa Wollstein, wrote to the student newspaper The Daily Princetonian that the song was misogynistic and “dismissive” of consent. This was the first time the issue was raised publicly, though the group noted that audience members have expressed discomfort over the performance before.

Remove the context of magic and mermaids, Wollstein wrote, and the lyrics blatantly encourage a man to try to make physical advances on a woman without her consent.

Watch that video. The young woman chosen is obviously enjoying herself and may have even attended hoping she be the one picked.

More and more, feminism has begun to resemble H. L. Mencken's description of Puritanism: "The haunting fear that someone, somewhere, may be happy.”