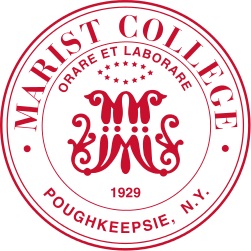 As its fellow midsize, modestly endowed private colleges look nervously to the future, Marist College in New York’s Hudson Valley is making a bold, nearly $180 million bet: last month, it announced that it will partner with a regional health-care provider to build a new medical school.

Marist Health Quest School of Medicine is expected to open its doors in 2022, reaching capacity in 2032 with about 500 students.

Adding a medical school to a private college is “honestly a big leap up in scope and complexity,” said [former Loyola-Chicago Law School Dean and Marist College] President David Yellen. But it makes sense, he said. “If you have the resources, there’s room for another good medical school. And we think it will boost our status and reputation.”

The move is unusual -- if not unprecedented -- for a regional institution. In 2013, Marian University in Indianapolis did much the same, opening its College of Osteopathic Medicine, only the second medical school in Indiana.

In both cases, relatively nonwealthy -- if economically secure -- private institutions surveyed the educational landscape and decided that training doctors made sense. Opening a medical school represents not just a worthy pursuit, they concluded, but a possible key to long-term financial security, despite a byzantine and ever-shifting health-care industry.

Marian president Daniel Elsener said the endeavor turned out to be so enormous that it’s best understood not as a typical campus expansion but as an “intergenerational” undertaking. ...

Moody's Investor Services last month said Marist’s plan would have no immediate impact on its $104 million in outstanding rated debt, or on $40 million in proposed bonds to be issued through the Dutchess County, N.Y., Development Corporation. The costs associated with launching and supporting the medical school are “manageable,” Moody’s said, noting that they’ll be split evenly between Marist and Health Quest, which already runs four hospitals in the Hudson Valley and northwestern Connecticut.

Marist will spend about $25 million over the next five years, a small portion of its “sizeable” $290 million in spendable cash and investments, Moody’s said.

He estimated that the college and Health Quest will spend nearly $180 million to get the new school to capacity in 2032. It will likely never turn a profit, Yellen said, but if all goes as planned, it will help raise Marist's reputation and drive enrollment to other programs such as the sciences. “This isn’t something we’re doing to generate revenue for the college at all, in any direction -- just the opposite,” he said. “We think it’s going to cost us money for a long, long time.”

Yellen also said the school isn't designed “to spin off money to be used for other purposes.” While he anticipates that alumni could someday give back generously, it'll likely be to the medical school and not to Marist's general fund. “We’re not expecting that medical school alumni will give money to help Marist College build a new undergraduate dorm,” he said. “But it’s kind of a rising tide raising all boats.”

Nice
But useless unless or until CMS agrees to create more residency positions. I have not seen the 2018 March data, but it looks like we will be graduating a lot more than we will have training slots for, let alone for the growing number of US citizens educated overseas and coming home for residency training. Not smart.

I can name 2 others: Seton Hall with Hackensack University Hospital and TCU with UNT/HSC. Seton Hall opened this fall, I think TCU opens 2019.

One key question is how much with this medical degree from a private school will cost. I see hints that students, including would-be medical school students, are waking up to the horrors of paying off their huge loans.

This is a wonderful opportunity for some enterprising med school prof to write a *study* about how much money MDs make even if they don't practice so the number of residencies doesn't matter.

But see story above re MSU!

Numerous studies have shown that more education leads to higher incomes. The “*study*” that you mock is also the only peer reviewed study on the salaries of JDs. How many times must one prove that JDs earn significant incomes before you will finally cease your endless sarcasm?

Peer-reviewed does not mean infallible or irrefutable. You seem confused on this point. And before that paper, which oh so conveniently started measuring after a severe recession and stopped measuring at the Great Recession, got peer review, it got excoriated by multiple lawyers with actual graduate education in economics and other quantitative social science disciplines, as well you know. As a Rhodes Scholar in Economics-holding NYT reporter once noted, the job outcomes of law school grads who owed $60k in 1994 does not tell us anything about the outcomes for graduates from 2009 to the present. Also one might note that a later paper by the same author purporting to show LLM wage premiums was so methodologically haphazard in his ACS sampling that there was a three-part critique in The Faculty Lounge about it, which doesn't really inspire confidence in his earlier ACS sampling for the purported JD premium. I must say, though, that it's hard to remember which paper(s) were funded by LSAC and LexAccess, though.