An analysis by Making Change at Walmart (MCAW) has found that the Walton family, the majority owners of Walmart, Inc., have netted an estimated $1.1 million every day for the past 16 years, totaling over $6.5 billion, in dividend income tax savings just on their Walmart share holdings. This billion-dollar savings is a result of a series of “tax reforms” passed by Congress during the Bush, Obama, and Trump administrations. The level of tax savings reflects not only a broken tax system that has been exploited by the Walton family, but shows the indifference the largest Walmart shareholders have to the economic plight facing tens of thousands of workers who depend on taxpayer-funded government assistance and programs.

The MCAW analysis shows that the 16-year time period studied began with the implementation of the George W. Bush “Jobs Growth and Tax Relief Reconciliation Act of 2003,” which, MCAW estimates along with President Obama’s two-year extension, resulted in the Walton family paying an average dividend income tax rate of approximately 18.3% from 2003 to 2018 just on their Walmart share holdings. This rate has resulted in an estimated tax break of more than $6.5 billion to date, or $1.1 million per day over the last 16 years. Prior to this time period, at the end of the Clinton Administration, the dividend income tax rate for the Walton family and others was 39.6%, the highest ordinary income tax rate at that time. 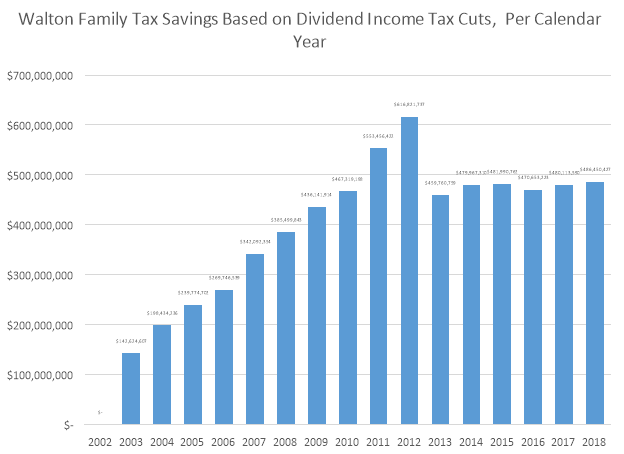 The MCAW analysis also finds that the Walton family’s dividend windfall is not only the result of a dramatically lower tax rate but is also due to a dramatic increase in the dividend payout ratio at Walmart during this period. Walmart’s annual dividend payouts grew approximately 600% during this period—from $0.36 per share in 2003 (16.7% of earnings) to $2.08 per share in 2018 (62.1% of earnings)— while wages for Walmart employees have languished. 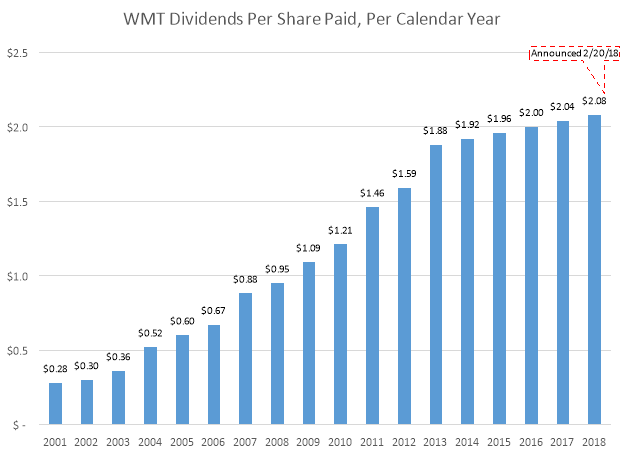 The MCAW analysis is conservative, only calculating the Walton family ownership of Walmart stock through two entities – Walton Enterprises LP/LLC and the Walton Family Holdings Trust.

The savings for individual family members, who own millions of additional Walmart shares on which dividends are also paid, was not included in this analysis.

Considering all the other breaks they get from the government and the people; this is simply atrocious. I will not believe their hype masters. Walmart needs to pay up like everybody else does. Why should the laws be made for their benefit?

That's one heck of a return on investment in lobbying, think tanks, and econ and law departments pushing to lower dividend and capital gains taxes.

Expect more investments in this kind of policy entrepreneurship in the future.

They seem to have paid quite a bit of tax, also.