Can A Bostonian Dean An L.A. Law School During The Red Sox-Dodgers World Series?

Pepperdine Law Survives the Legal Education Crisis But May Not Survive the World Series:

A serious rift emerged in the Deans’ Suite this morning when Associate Dean Victoria Schwartz showed up for work in Dodger blue on the opening day of the World Series between the Dodgers and Red Sox. The blue garb might appear as a harmless gesture when living in the greater Los Angeles area. Little did she know a tempest awaited her in the Dean’s Suite.

As fate may have it, Dean Paul Caron grew up in Boston, and he has been a lifelong fan of the Red Sox. When he showed up to the weekly Deans’ meeting this morning wearing a vintage Red Sox tie, the sparks began to fly. East vs. West, Red vs. Blue, Fenway Park vs. Dodger Stadium, Clam Chowder vs. Dodger Dog. The conversation quickly spiraled into smack talk about who would win the first game tonight in Boston. When the other deans joined in the fun, Dean Caron felt both imminently confident and somewhat alone as a spot of red in a sea of blue. 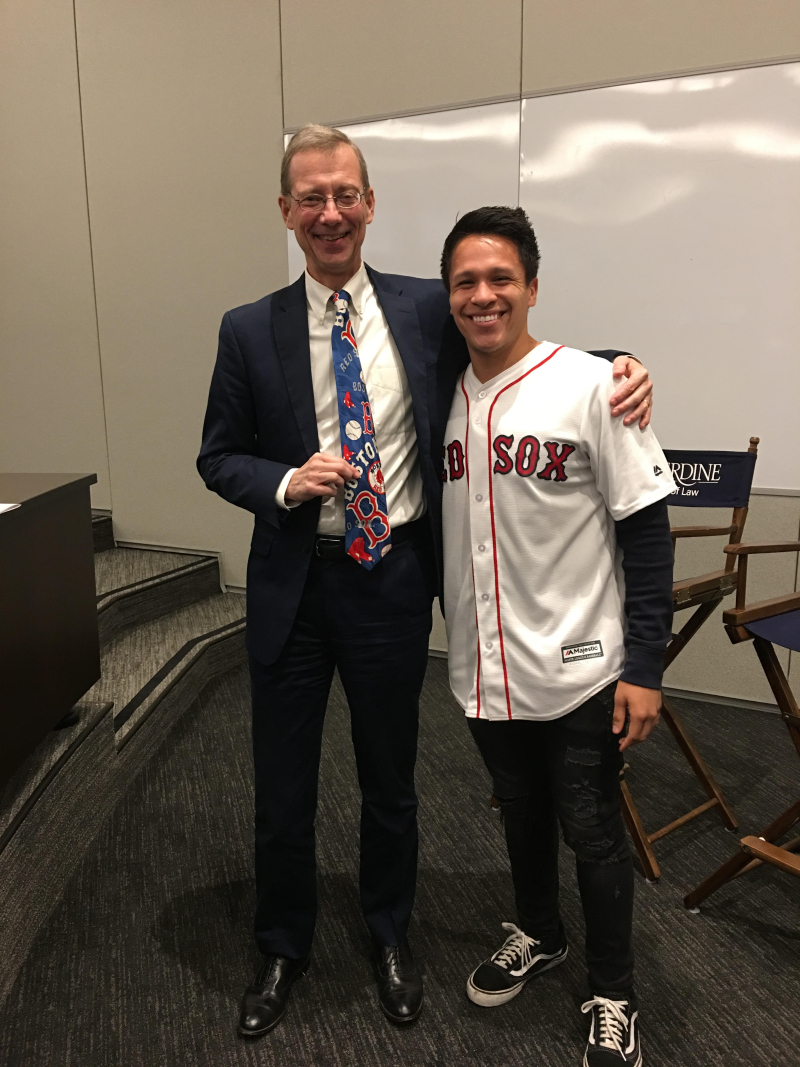 To makes things interesting with his Dodger dominated faculty, Dean Caron has announced that the lunch menu for the next faculty meeting will depend on the outcome of the World Series: 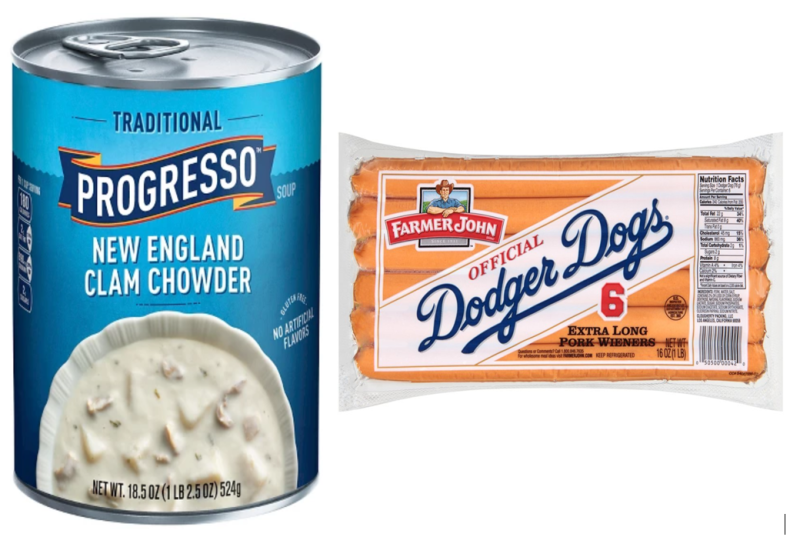 Wait, Los Angeles has sports teams now? When did that happen?

Ah, a fellow member of Red Sox Nation! Don't worry about being outnumbered. Soon you will join the rest of us in the Winner's Circle as our hometown boys of summer win another World Series. I remember eating Fenway Franks in the bleachers there so long ago. Maybe they are the same as Dodger Dogs? Have a great World Series Dean Caron!