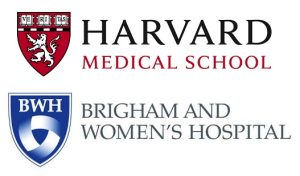 Inside Higher Ed, Study: 1 in 5 College Students Has Weighed Suicide:

One in five college students reported thoughts of suicide in the previous year, according to a study from Brigham and Women’s Hospital, which is associated with Harvard Medical School.

The report, published in the journal Depression and Anxiety (The Prevalence and Predictors of Mental Health Diagnoses and Suicide Among U.S. College Students: Implications for Addressing Disparities in Service Use), includes responses from 67,000 college students from more than 100 American institutions. Racial, sexual and gender minorities are particularly vulnerable to suicidal thoughts, the study found. It relied on data from the annual survey conducted by the American College Health Association.

About one in four students reported being diagnosed or treated for a mental health condition, according to the findings, with one-fifth thinking about suicide and 9 percent of the students surveyed attempting it.

So young people given the immense opportunity to attend a U.S. college can't handle the stress? I'm sure there are a few thousand people in the 3rd world out there who would be happy to exchange places with each one of them. Don't let the door hit you on the way out.

As a former college pansy w/ depression rooted in college problems, I can safely say that they should just wait until when they finish. The world not only doesn't have economic incentive to feed their grandiose dreams ("you'll totally have a good upper middle class lifestyle as a social advocate"), but will often outright reject them as is. Can't wait to see them attempt to work 60 hour weeks and live off of peanut butter for awhile.