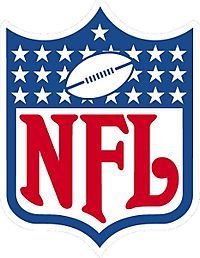 Bloomberg, You May Be Able to Blame Trump for Your Football Team’s Lousy Record:

If your favorite NFL team doesn’t make it to the playoffs, President Donald Trump’s tax overhaul might be in part to blame.

The 2017 law could put teams in states with high personal income tax rates at a disadvantage when negotiating with free agents thanks to new limits on deductions, including for state and local taxes, according to tax economist Matthias Petutschnig of the Vienna University of Economics and Business.

Petutschnig’s research into team performance over more than two decades shows that National Football League franchises based in high-tax states lost more games on average during the regular season compared to teams in low or no-tax states. That’s because of the NFL’s salary cap for teams, according to Petutschnig; if they have to give certain players more money to compensate for higher taxes, it reduces how much they pay other players and lowers the team’s overall talent level [Regulatory Compensation Limits and Business Performance – Evidence from the National Football League]. 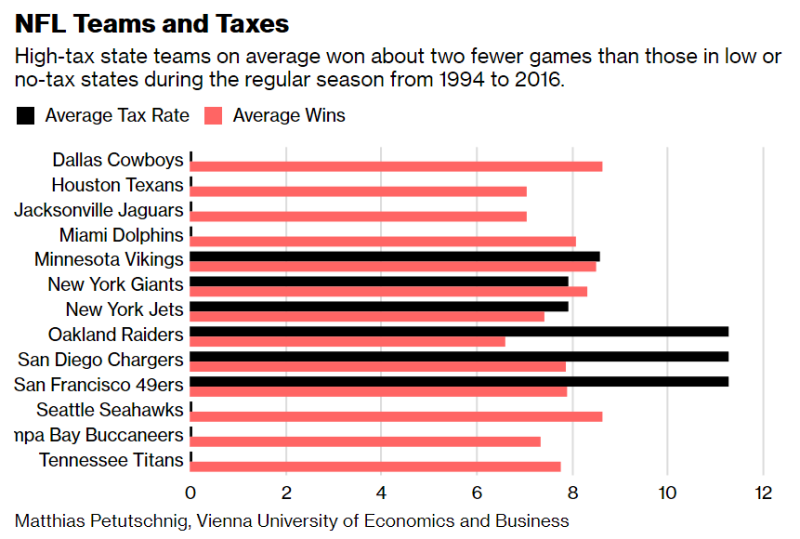 “The new tax law exacerbates my findings and makes it harder for high-tax teams to put together a high-quality roster,” Petutschnig said. ...

A California team won on average 2.75 fewer games compared to a team in a low or no-tax state over 23 years of regular seasons, the study showed. That translates to losing 17 percent of the 16-game regular season -- enough to make a difference in reaching or missing the playoffs.

Overall, Petutschnig’s research found that a team above the median of 5.44 percent for average state tax rates wins, on average, almost two fewer games than a team below that rate. In 2016, the average state tax rate for football teams that made the playoffs was 4.62 percent; for those that didn’t, it was 5.93 percent. ...

Quarterback Jimmy Garoppolo’s five-year $137.5 million contract with the San Francisco 49ers will mean an additional $3 million tax bill under the new tax law, according to Alan Pogroszewski, president of AFP Consulting, an accounting firm for professional athletes. Garoppolo would have saved $2 million in taxes under the new code had he instead signed with the Denver Broncos in lower-tax Colorado.

Now do the Golden State Warriors.