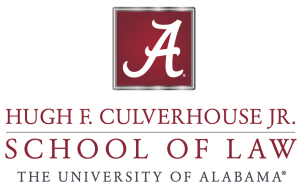 The commitment includes a $25 million gift, the largest in the University’s 187-year history. The gift will be funded over four years; more than $11.5 million of the total donation has already been received.

The donation was announced today in a campus ceremony and includes a $1.5 million gift Culverhouse made in 2017 to establish the Hugh F. Culverhouse Jr. Endowed Chair in Constitutional Law, which serves as a foundation for a program in constitutional studies. ...

Culverhouse is not a graduate of the University, but has strong family ties to the school. He said the donation will be used to help law students graduate debt-free.

"I believe this law school should not be simply talked about as a public law school," Culverhouse said, "I think it should be included within the top law schools, all of them. I think this can be in the top ten to fifteen law schools in America."

There's an inherent conflict in the two identified goals -- creating a top 10-15 law school and having graduates graduate debt free. Buying scholarship is expensive; hiring good teachers, not so much.

I actually agree with the Mikes. Yikes.

BU Law is about to finish a $100 million fundraising campaign and recently spent more than that renovating and expanding their law tower, now named for entertainment mogul (and I think alum) Sumner Redstone. AFAIK it hasn't changed their rank beyond the range of statistical noise.

Is it just me, or is naming a law school after someone just because he gave them money a bit tacky? It reminds me too much of the Navy's recent practice of naming aircraft carriers after politicians rather than battles or historic names.

It will be interesting to see how they use this. $25 million sounds like a fortune, but at 2 or 3 percent interest it pays enough for (perhaps) a couple of dozen annual scholarships, or a handful of new chairs. It can make a difference, but it won't make Alabama into Yale.

If money can buy Alabama a national championship football program, it might also do wonders for its law school. ... The Culverhouse family also has been generous in its support of Alabama's Accounting and the Commerce schools, with both named after Hugh, Sr.

With a 164 median LSAT and 10 grads of 131 in Biglaw? Good luck with cracking the Top 15. Anyways does this mean that the administration will now be more focused on magazine gamesmanship than law school education or outcomes?