This report looks at changes to individual income taxes, particularly the state and local tax (SALT) deduction. The 2017 tax law cut individual tax rates and roughly doubled standard deductions, but it also imposed a $10,000 cap per return on SALT deductions. Those changes are expected to reduce the number of households that deduct state and local income, sales, and property taxes from 42 million in 2017 to 17 million in 2018.

Millions of households will feel a larger bite from state and local taxes and will thus become more sensitive to tax differences between the states. The tax law may prompt an outflow of mainly higher-earning households from higher-tax states to lower-tax states.

Even before the new tax law, a substantial number of Americans were moving from higher-tax to lower-tax states. Looking at migration flows between the states in 2016, almost 600,000 people with aggregate income of $33 billion moved, on net, from the 25 highest-tax states to the 25 lowest-tax states in that single year. 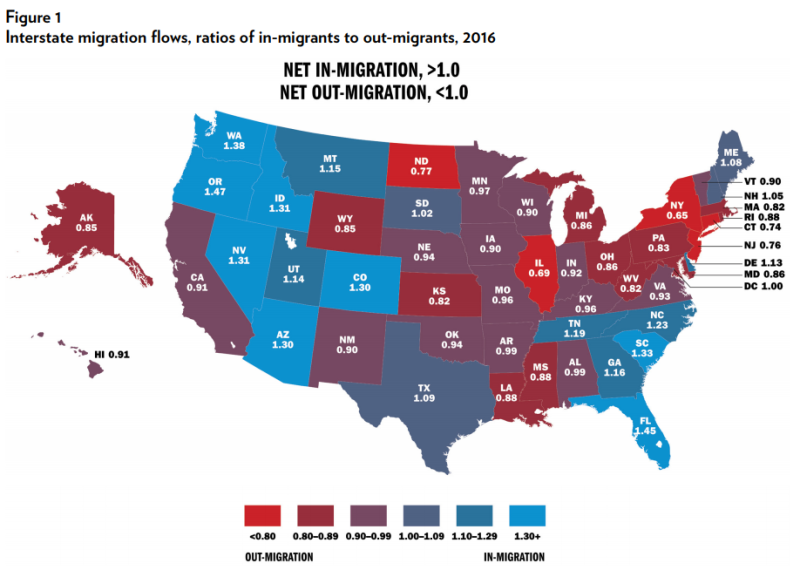 Figure 2 shows a fitted regression line. A simple regression of the migration ratio on the tax variable produces a highly statistically significant fit. The F-statistic (12.1) and t-statistic (3.5) are significant above the 99 percent level. State tax levels and net migration flows are highly correlated. 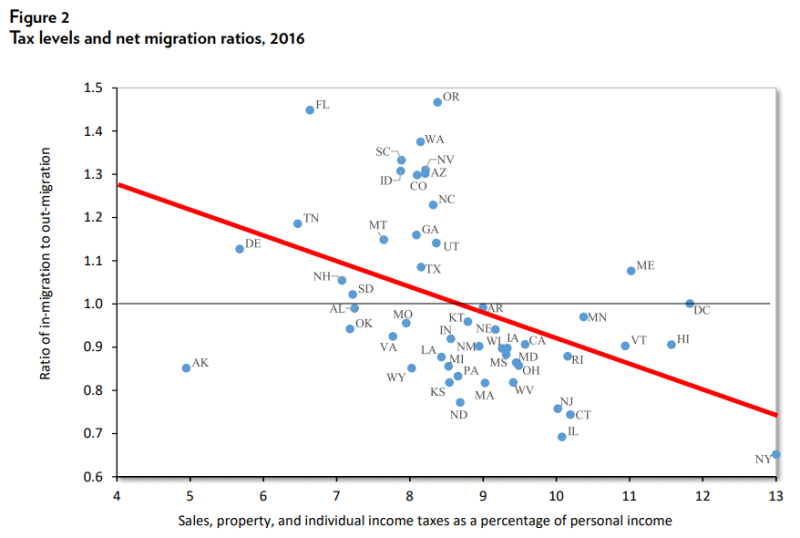 Voting with your wallet and your feet. State legislatures, take note!

Dude, I think you’ve got a problem with your functional form in that scatterplot bro.