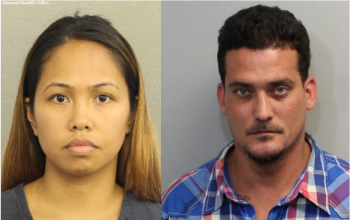 The trial for two suspects charged in the murder of FSU law professor Dan Markel won't start next month as scheduled. Sigfredo Garcia and Katherine Magbanua were in court Tuesday morning.

Magbanua's counsel filed a motion to continue the case, because one of their attorneys is dealing with a "life-threatening medical condition." In the motion, Magbanua's counsel asked to reset trial no earlier than March 2019, since the attorney is unable to travel for some time. ... They'll all be back in court November 19 to figure out a new trial date.

You have got to be kidding me. This is a travesty ...