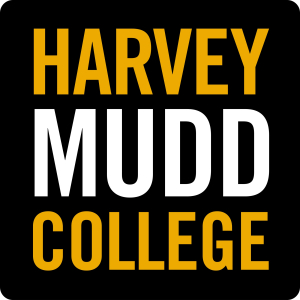 Chronicle of Higher Education, How a Liberal-Arts College Is Rethinking Its ‘Soul Crushing’ Core Curriculum:

[Harvey Mudd students have] plenty of company in feeling overwhelmed by the college’s academic requirements. In complaints first to mental-health counselors and then to outside investigators, students described feeling like they had little time for showers or sleep, much less extracurricular activities or time to reflect.

The problem was particularly acute among the growing number of first-generation and minority students whose frustrations exploded to the surface last year after a leaked report quoted professors complaining that the college’s focus on diversity had caused standards to slip.

Students protested, classes were canceled for two days, and a period of soul-searching began. This year, Harvey Mudd, which is part of the Claremont Colleges consortium, is taking a hard look at its core curriculum and the mental-health and counseling services it offers students.

A curriculum committee is considering how to ease pressure on students without sacrificing rigor. But divisions remain among the faculty about whether this is a good idea, or just pandering to students who lack the work ethic or preparation needed to succeed. ...

Concerned by reports that students were stressed about the college’s workload and were violating the honor code more frequently, the college’s Teaching and Learning Committee commissioned a study by Wabash College’s Center of Inquiry, which helps liberal-arts colleges improve teaching and learning.

Their study, which became known as the "Wabash report," was initially shared with faculty members but not with students, for fear that they might be offended by some of the harsher comments. Klawe argued that the report gave too much weight to what she called a relatively small number of faculty members who complained that students were wed to their phones, underprepared academically, and not committed to the sciences.

A copy of the report was leaked to the Claremont Colleges’ student newspaper, The Student Life, last year and the expected backlash erupted. In the report, faculty members disagreed over the extent to which they should accommodate academically struggling students. Some said they regularly checked in on students to see how they were doing and were more likely to be flexible about deadlines. Others lamented that students were less willing to work hard and that the focus on diversity had caused standards to erode. Students were getting these messages directly from some of their professors, the report said.

"The students had also heard that they weren’t as good as Mudd students in the past because there are more women and underrepresented ethnic minorities at Mudd now," the report said. "While some students brushed off these comments, others either resented them or took them to heart."

College is supposed to be hard. Watering down the curriculum is not a solution, it's another symptom/reaction of the attitude that created the problem in the first place. Toughen up, Cupcakes.