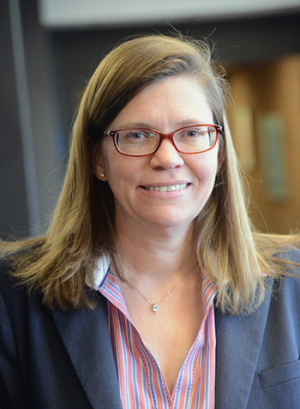 The United States introduced the earned income tax credit (EITC) in 1975. The EITC is the most significant earnings-based refundable credit available in the Internal Revenue Code (Code).  The United States is the oldest example of a country using its domestic revenue system to deliver and administer social welfare benefits to lower-income individuals or families.  This approach is no longer unique to the United States: other countries, including the United Kingdom, the Netherlands, New Zealand, France, Canada, Australia, and Sweden have experimented with or incorporated analogous credits into their tax systems.  These other countries imported the concept from the United States. Might the U.S. be able to improve upon the administration of its EITC by importing the experiences and lessons learned in other countries?

The importance of the U.S. EITC to the working poor is undeniable, but its administration is far from ideal.  It has long enjoyed bipartisan political support because it incentivizes work while providing anti-poverty relief to impoverished families, but it also suffers criticism because of its consistently high noncompliance rate, its failure to reach all eligible families, and its limited impact in reducing the poverty of childless workers.

This book project begins with the U.S. EITC, but ends globally. It first examines the evolution of the U.S. EITC from a work bonus incentive into an anti-poverty program, then identifies the modern challenges of administering the EITC. The book will then examine how other countries have chosen to administer similar social benefits through their respective tax systems. One striking difference is that some countries deliver the benefit in regular increments throughout the year instead of in one annual lump sum as a tax refund. Canada and New Zealand both deliver tax-based family credits throughout the year to a significant percentage of their population. I will use those countries as case studies and consider the advantages and feasibility of importing such a model to the United States.

I conclude that Congress should restructure the EITC, importing ideas from other countries that have implemented work and family tax credits. The EITC should be returned to its original function as a credit to incentivize work. At the same time, the anti-poverty element available to working parents should be split off from the EITC and reconfigured as a family-specific credit. This portion should be delivered on a quarterly or monthly basis rather than annually.

There are numerous potential benefits to such a restructuring. It would convey a more coherent tax policy to the taxpaying public while simplifying the structure of the Code’s social welfare benefits.  It would reduce the rate of improper payments and opportunities for tax return preparer fraud. Most importantly, it would function better as a true anti-poverty program in which funds would be available on a regular basis instead of in an annual lump sum subject to offset.