Brookings: The Impact Of The Tax Cuts And Jobs Act On The 2018 Midterm Election

What role will the Tax Cuts and Jobs Act play in the 2018 midterms? Likely an insignificant one, according to a paper published today by the Brookings Institution.

In The ‘Tax Cuts and Jobs Act’ and the 2018 midterms: Examining the potential electoral impact, Brookings Fellow Vanessa Williamson examines how economic conditions have historically shaped electoral outcomes in the United States, and applies that research to the case of the TCJA. Second, she discusses how partisanship interacts with public attitudes about policy, and assess the likelihood that public perceptions of the TCJA will influence voting. Finally, she reflects on the role of money in politics, and how the TCJA might change the money available to different political interests both in the near and long term. 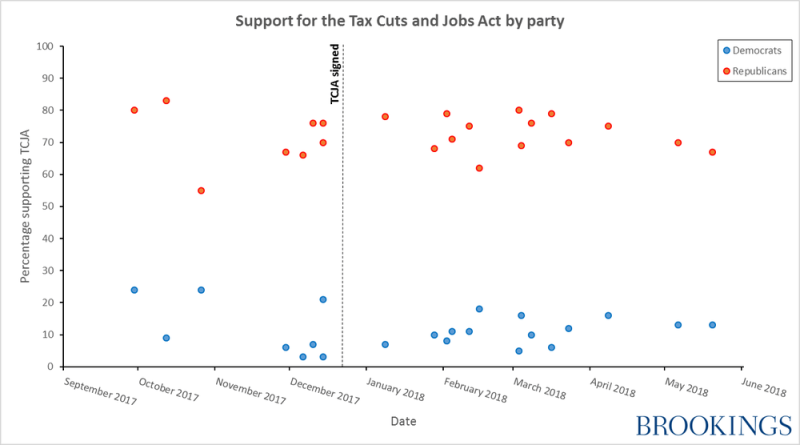 Williamson concludes that there are only a few avenues by which the legislation is likely to help Republican chances in this year's midterm elections and identifies several reasons the bill is unlikely to move the needle much in 2018:

Though she concludes that the TCJA is unlikely to have much of an impact on the 2018 midterms, Williamson does note that in the long run, Republicans will likely benefit from the law’s upward redistribution targeted to their donor class.

Politics will really get involve to the money matter of the government. All of this propaganda is for this coming elections. Even if their are high salary increase, this will not change the fact that the taxes and the price increase still not acceptable in the long run we are still affected to the demand of taxes.