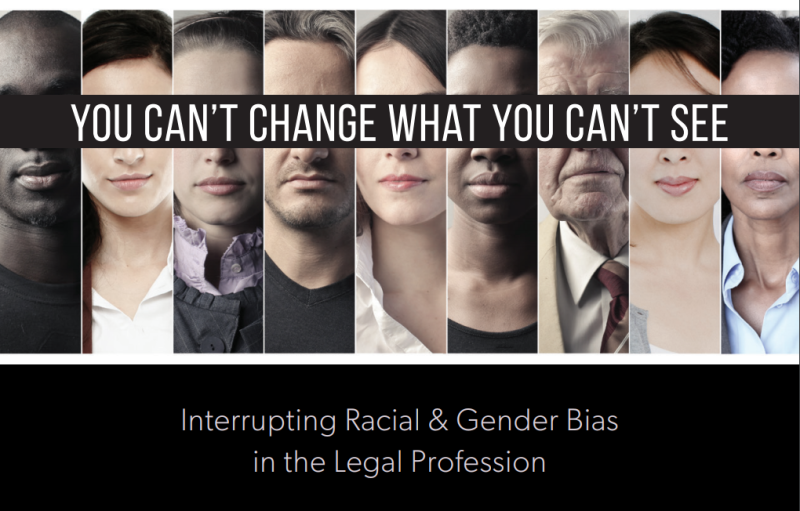 UC-Hastings College of Law Center for Worklife Law, You Can’t Change What You Can’t See: Interrupting Racial & Gender Bias in the Legal Profession

Women and people of color in the legal profession continue to face barriers in hiring, promotions, assignments and compensation, according to a study released Thursday by the American Bar Association. ...

The researchers had 2,827 lawyers fill out online surveys in spring 2016 about their experiences at work. The surveys were distributed by the bar association’s email list and other professional networks. The association has 400,000 members.

They found that many women and people of color felt they were held to a higher standard than white men. That feeling was most prevalent among women of color, who reported the highest levels of bias in almost every category.

About half of the women of color said they felt they had equal access to the kind of “high-quality” assignments that lead to exposure and advancement in an organization. Among white men, that number was 81 percent.

Women of all races said they had to walk a “tightrope” in their behavior. They reported pressure to behave “in feminine ways” and a backlash for exhibiting stereotypically male behaviors. They were more often saddled with “office housework,” like taking notes, ordering lunch or comforting a co-worker in distress.

ABA Journal, Race and Gender Bias Is Rampant in Law, Says New Report That Also Offers Tools to Fight It