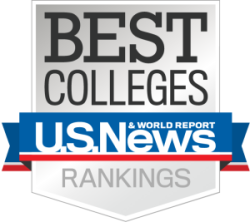 As I enter my 16th year as a college president, it is long past time for me to correct an oversight about which I have been in recent times most troubled.

I want to thank the good people at U.S. News & World Report for generously and wisely deciding to rank colleges and universities. ... [I]t is painful to think back to the days before 1983 — the first year of what I shall hereafter call The Rankings — a time when prospective college students were forced to select an institution without a number affixed to its name. Even to imagine a time when the distinction between College #37 and College #39 was concealed from the consumer is difficult. ...

Even the most successful of human endeavors, however, can aspire to be better, so, while of course deferring in the end to their greater wisdom, I would like to offer to the compilers of The Rankings a modest proposal for their improvement that would save time and effort and offer greater benefits to colleges and their future students.

I have been assured by a very knowing Administrator of my acquaintance that many colleges are willing to spend a good deal of money to improve their position in The Rankings. I suggest, therefore, that U.S. News determine the order of its lists not on the basis of some complex and mysterious formula, but simply on the basis of money: To the highest bidder would go the highest ranking. ...

Colleges, in turn, would be freed from the pretense of not caring about The Rankings and could openly demonstrate their competitive fire. Consider the potential effectiveness of fund-raising campaigns to support "rankings bids," since, one would assume, alumni would be more enthusiastic about moving up on a list than about supporting such unrankable activities as teaching and learning, which do not figure into the U.S. News formula.