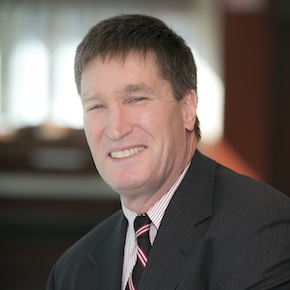 An Emory Law School professor is drawing fire from students and legal peers alike for his use of the “N-word” during a lesson with students during a first-year torts class.

Dean James Hughes Jr. stripped the instructor, Paul Zwier, of his class assignments pending an investigation following the incident. Zwier also released a three-page letter explaining how he came to apparently use the slur when discussing a 1967 case involving a black man who sued after being denied service at a Texas restaurant by a manager who “shouted that he, a Negro, could not be served in the club.”

In his letter to Emory faculty dated Aug. 17, Zwier wrote that he had previously wondered whether the man was actually called the “N-word,” adding he may have “misspoken” in class and used the toxic term or “mispronounced negro, or said something else.”

As reported in the Emory Wheel, law students are planning a 4 p.m. Wednesday “unity rally” to address the incident, and Zwier told the student paper he plans to attend. Zwier declined to discuss the incident with the Daily Report.

The funny thing is that dude’s a liberal (ACLU type) who thinks he’s down with the struggle and gets a pass.

I hate when things like this happen to decent people, but he’s a liberal, so I ain’t saying nuthin.

Context matters, because if the mere utterance of the word alone is enough to traumatize listeners, then a lot of hip-hop music needs to be banned as well. Are students so pathetically sensitive and weak-minded that merely hearing the word uttered aloud by a white person will shatter their psyches?

Saying a word out loud as part of an academic discussion is entirely proper. I am a Jew, and there's a huge difference between someone calling me a "kike" or someone discussing ethnic slurs and using the word as an example of hateful language used by a third party.

Law schools and universities in general have gone barking mad. Instead of these draconian punishments, perhaps they should try an old fashioned approach.

And still worse, if someone were to list the top one thousand problems most troubling black communities, the N-word would not even make the list. If we want to ban certain speech items, we might ban defending fatherless homes and welfare dependency. That'd at least accomplish something good.

This case - and this HEADLINE - illustrates the perils of failing to understanding the use/mention distinction. He did not USE the term - he mentioned it - to talk ABOUT it. If we have reached the point where even this is not possible, that is quite troubling.

When will people understand. Don't use the N-word, avoid even saying "N-word," and limit your personal interactions with people who don't look like you (lest you offend someone and they tattle on you). That's all you need to do to survive this world that liberals hath foisted upon us.

This is the rule: if you are white, you cannot say the word in public. Period. No exceptions.

I think it sends up a major red flag when a prof breaks this rule, which is actually very easy to follow. And I'm not even talking about racism, but more lack of self-control. Everyone knows what happens when you are white and you use the word, yet some choose to use it anyway. Why? It think it is more of a weird compulsion to break a taboo than malevolence or racism. Or maybe a nihilistic desire to stir the pot see what happens. Not sure the school really needs these people.

If it was part of the case description, this is a little bit silly.