Aretha Franklin Died Without a Will, Bequeathing Estate Issues To Her Heirs 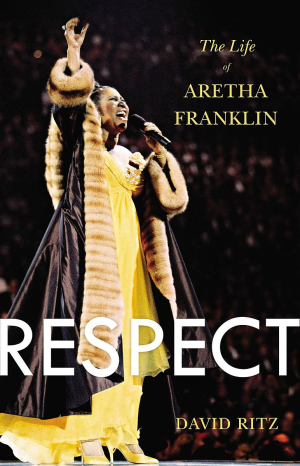 New York Times, Aretha Franklin Died Without a Will, and Estate Issues Loom:

Aretha Franklin left no will when she died last week at the age of 76, according to documents filed on Tuesday in a Michigan court, which could result in details of her personal finances being made public. ... According to Michigan law, the assets of an unmarried person who dies without a will are divided equally among their children. Ms. Franklin had been married twice, but was long since divorced. ...

[H]igh-profile probate proceedings can drag on for years and lead to infighting among families, lawyers and others. Such estates can become especially complicated when it comes to issues like music rights. The case of Prince, who died two years ago and left no will, has led to numerous family disputes and even the revocation of a multimillion-dollar music deal.

Amanda DiChello, an estate lawyer at the firm of Cozen O’Connor in Philadelphia, said that a surprising number of celebrities and wealthy people die without a will.

Robert W. Wood (Forbes), Like Prince, Aretha Franklin Died Without A Will. Why You Should Have One:

Aretha Franklin, the Queen of Soul, died without a will. Papers have already been filed in court by Franklin’s four sons and niece. That means there will be public proceedings. There could be court battles too, depending on who claims what. Unexpected celebrity deaths can make the rest of us think about what documents we need to have in place. The tax and financial hassle of probate or intestacy can be huge, even for normal sized estates. When you add the extra zeros that go with a successful entertainer, the failures can seem much more palpable.

Franklin is not the only star who neglected estate planning. In 2016, Prince died without a will, echoing estate planning gaffes by Philip Seymour Hoffman, James Gandolfini, Amy Winehouse, Heath Ledger, and others. All of these celebrity estates had issues of one sort or another. ...

The stories should make tax advisers and estate planners cringe.

As an estate planning and taxation attorney, my study of these celebrity cases leads me to believe that the will writers - who know wills are subject to probate - want to make one last statement. As much as probate leads to public high drama, trust admin, as we know, can lead to just as much infighting and fraud. Notable is the fight about the value of Michael Jackson's post-mortem celebrity. Robin Williams had quite the excellent response to that, donating such asset to charity.

It's surprising how many successful artists and authors die without delegating who gets their intellectual property. John Steinbeck and C. S. Lewis are among them. In addition to the court squabbles over celebrity rights, that can make bringing back orphan texts of the less known so enormously expensive, music companies and publishers don't even try. And that's made still worse by our Mickey Mouse copyright extension.

Perhaps what we need is for wills to require a boilerplate statement of who gets the IP rights, even of non-authors, since some people have diaries. We might even make those rights serial, if not otherwise stated. If John gets Jane's rights on her death, then her rights also pass on to John's heir when he dies. There could also be a provision for passing those rights along to a charity, assuming the charity is willing.