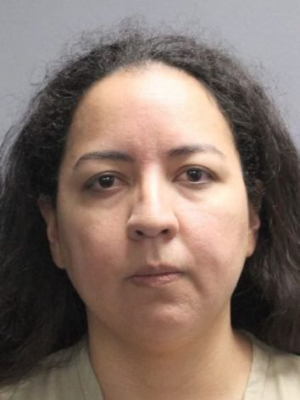 Tallahassee detectives are investigating whether Dan Markel murder suspect Katherine Magbanua’s legal fees were being paid, at least in part, by her sister-in-law.

Samantha Chez-Magbanua [right], who is married to Katherine Magbanua's brother, was arrested in March in South Florida on charges of embezzling $1.19 million from her employer. She faces charges of grand theft of over $100,000 after her arrest by the Plantation Police Department.

The 46-year-old’s case could be of particular importance to prosecutors in Tallahassee who have long sought to suss out who is paying for Katherine Magbanua’s legal defense on her charges of murder, conspiracy to commit murder and solicitation of murder in connection with the Florida State law professor's July 2014 killing.

But the payment of Katherine Magbanua's legal fees and her sister-in-law's embezzlement case may be tough to link, said Assistant State Attorney Georgia Cappleman. "They’re looking at that," she said. "It’s going to be hard to prove."

Katherine Magbanua’s attorneys, Chris DeCoste and Tara Kawass, say they are far removed from the arrest of her sister-in-law and the money she is suspected of stealing. ...

In February 2017, Cappleman sought to find out how Katherine Magbanua was paying for her two Miami attorneys without an apparent source of income, contending that the Adelson family was footing the bill....

Last July, Kawass and DeCoste volunteered to tell Leon Circuit Judge James Hankinson that her family was paying the legal fees at a financial hardship. That remains the case, DeCoste said.

That conference was held in private in Hankinson’s chambers.

In what amounted to a legal blow to the theory of the Adelson’s involvement in the case, he said he was satisfied Magbanua's attorneys were being paid by a third party unrelated to the Adelson family and declined to disclose specifics to prosecutors.

Above the Law, The Dan Markel Case: A Helping Hand For Katherine Magbanua — From A Relative Accused Of Embezzlement?