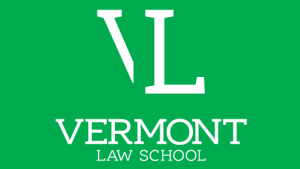 Almost three weeks after 75 percent of tenure faculty were stripped of tenure July 1, Vermont Law School is left with a culture of fear and uncertainty.

As of Wednesday, the administration still had not told faculty, students or staff who had tenure at the school and who didn’t. The secrecy had caused confusion among students, alumni and those faculty who remained. “People are pretty demoralized,” said professor Susan Apel. ... Some are sad professors will no longer have tenure, she said, while those who continue teaching are anxious. “I think they’re very nervous about their own status,” said Apel. “They don’t know what could happen to them next.”

Faculty were informed they no longer had tenure in private meetings with VLS President Tom McHenry and Academic Dean Sean Nolan. In the meetings, faculty were presented options for continuing at VLS without tenure or leaving July 1.

But McHenry did not explain the decision in a memo to the Vermont Law School community Tuesday. Nor did he divulge who had tenure, citing confidentiality.

Tenured faculty who stayed were required to sign non-disclosure agreements, preventing them from speaking about the status of their positions and prohibiting them from making negative remarks about the school or administration. Some argued that the agreement violated academic freedom. ...

Email exchanges between faculty and administration obtained by VTDigger, demonstrate a culture of fear at Vermont Law School.

Professor Peter Teachout, the former chair of the Tenure and Retention Committee, who lost tenure July 1, urged President Tom McHenry to reconsider the non-disclosure agreement, which allows faculty to only speak with their spouses. “Imposing this enforced yoke of silence … makes no sense at all and contributes to the pathological atmosphere of fear and secrecy that permeates the campus environment at Vermont Law School,” Teachout wrote in a June 29 email. ...

University of Houston Law Center professor Michael Olivas was troubled Vermont Law School never declared financial exigency, a first step in the procedures recommended by AAUP when tenure is in jeopardy. Olivas is the former president of the Association of American Law Schools and a former board member of the American Bar Association. He is concerned about VLS’s international reputation and its ability to attract students and faculty. “It’s a death spiral once it starts happening,” Olivas said, speaking generally. “It starts to have immediate applications — like your best faculty start looking elsewhere, your best students start looking elsewhere.”

McHenry wrote in a statement to VTDigger Tuesday evening that “The programmatic restructuring is not an attack on tenure or on academic freedom.” He said some faculty members agreed to make voluntary commitments and salary reductions before July 1, but those voluntary offers “were not sufficient to deliver the necessary cost savings.” ...

McHenry said the school faced “tremendous” financial challenges.The administration renegotiated contracts with both tenure and non-tenure faculty and the changes will save Vermont Law School $1 million next year — about the amount of the school’s ongoing debt, he said.

Michael Simkovic (USC), The Trouble at Vermont Law School Isn't Due to "Unsustainable" Debt Levels for Students—But It Might Be Because of Unsustainable Tuition Discounting and Underinvestment in Outreach:

Vermont Law School recently stripped many of its tenured faculty of tenure. A recent article in Forbes by Mark Cohen, a lecturer at Northwestern, claims that Vermont's financial problems are a sign that tuition is too high and student debt is unsustainable.

Vermont Law School's problem is not that tuition is so high that student debt levels are unsustainable relative to students' post graduation income and other financial resources. Rather, Vermont's problem seems to be that there are too few students, and because of aggressive tuition discounting intended to attract them, the students who matriculate are paying too little to make the school financially healthy. Vermont Law School's 2016 529 shows that around 90 percent of incoming students received some scholarship, and half of students receive half tuition scholarships or better.

Run away fast from this sinking ship.