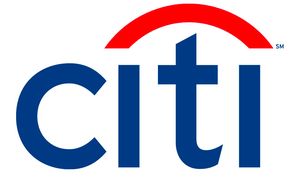 Law firm leaders are taking a slightly dimmer view of the legal industry’s prospects in the second half of 2018 as their confidence in the U.S. and global economy wanes, according to a survey released Wednesday by Citi Private Bank.

Citi’s latest edition of its Law Firm Leaders Confidence Index showed that while top brass at firms remain a confident group, they have some concerns about the state of the economy, and that has had an impact on overall confidence. The Citi index runs on a scale of 0 to 200, where everything above 100 indicates confidence. Overall confidence among law firm leaders had an index score of 118 in the latest semiannual Citi report, down one point from the previous edition of the report released in February.

Despite the dip firm leaders were more bullish about their own firms’ prospects, particularly in the realm of demand for their services, Citi’s report showed.

The Citi report draws on the results of a survey conducted in April among managing partners, chairs, executive directors, chief operating officers and chief financial officers at 156 law firms. The firms included 65 of the industry’s top revenue earners within the Am Law 100, as well as 45 firms from the Am Law Second Hundred and 46 smaller or niche firms, according to Citi.

Only 9 percent of firm leaders expected to see a drop in demand, while an additional 21 percent expected demand to remain stable in the second half of the year, according to Citi.