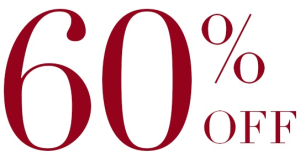 Inside Higher Ed, A College Prices Its Online Programs 60% Less:

Most institutions charge students the same or more for online programs than for face-to-face. Berklee has found success with a pricing model that favors online students.

Berklee College of Music’s online program, priced at just over a third of tuition for the Massachusetts institution’s face-to-face degree offerings, raised eyebrows when it got off the ground in 2013. Conventional wisdom that online programs require more resources to produce had taken hold, and pricing models that favor online students were few and far between.

Five years later, Berklee remains an anomaly in higher ed, as most institutions continue to charge the same or more for online programs as for their face-to-face equivalents. Some arguments hinge on a philosophical belief that online education should be valued equivalently to face-to-face programs, while others emphasize the significant financial burden of designing and launching online courses from scratch.

In the face of a shifting landscape, Berklee has held firm. Online tuition for a bachelor's degree will go up half a percentage point this fall, from $1,479 per course ($59,160 for a 40-course degree program) to $1,497 per course ($59,880 total), but it still remains more than 60 percent less than face-to-face tuition — $171,520. In the last few years, on-ground tuition has increased by a few thousand dollars while online tuition has stayed the same, widening the gap between the two even farther, according to Debbie Cavalier, Berklee’s senior vice president of online learning and continuing education.

As of fall 2017, Berklee Online's undergraduate enrollment stood at 1,138 students, up from 244 just two academic years earlier. Though Cavalier’s team had worried early on that the online program would cannibalize existing offerings, campus enrollment has instead increased from 4,490 undergraduates in 2013 to 4,532 in 2017, even as online has grown more popular. ...

Jeff Seaman, co-director of the Babson Survey Research Group, thinks the institution has based its pricing model on marginal costs of the program (adding a certain number of online students to its existing operations) rather than average cost, which would add up all of the resources used by students and divide by the number of students. "I expect the cost would be much higher if they were not able to piggyback on their existing infrastructure," Seaman said.

Reads the linked IHE article, it would appear that many of the students in Berklee's online school are successful musicians who wish to get a formal music degree or more comprehensive understanding of music theory or whatnot. This sets it apart from most online colleges where people are yearning for a degree to open up the doors of the non-service industry job market.

I think online programs and face-to-face programs have their own pros and cons. Sometimes if we just focus on there is no need to have a physical venue to host all these classes so therefore online rates should be cheaper, we neglect that online lessons have the advantage of being flexible and convenient for the learners. Such advantages should also add to the "premium" of online education.

So is the online degree from the prestigious "Berklee College of Music" the same as in-person attendees? Or is it a degree from the "Berklee Online Knockoff Shop Music School?" Because what most students are really buying these days is the credential, not the knowledge.

Other advantages of studying online include not having relocate, more flexible schedules, and the ability to retain your present employment. The downsides include limited personal relationships with faculty and other students and perhaps a need to be more self-disciplined.

This university gets it right. Since online means no classrooms, campus extracurriculars, and face-to-face interactions with professors, it seems to students like they're getting less and thus should pay less. The issue is perceived costs rather than actual costs.

While I was in college, I worked part-time at a tire factory. Observing how tires are made, I asked one of the engineers why tires for smaller cars cost far less. Other than the raw materials, their production was the same. He replied that tire companies were simply going along with consumer preferences that smaller tires should be cheaper.

I've got a hunch why this college hasn't suffered an enrollment loss. Many online students probably feel a need for some on-campus studies, especially in their last year. It'd be interesting to know if the enrollment data indicates that.

And they learn 60% less. Win for credentialism, loss for an educated society,

It's a music school, though. I'd assume these courses are not performance courses but courses in music theory, music education, and so on. Certainly it's not possible to play jazz in an ensemble in an online course. Glad to see them saving students money, though.

Many universities are paying for all kinds of perks for resident students on the backs of the online students.

...and you don't have to pay for room and board, nor deal with leftist snowflakes.