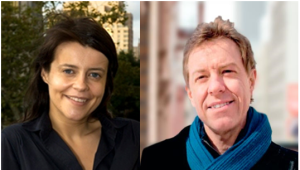 A former assistant professor at Columbia Business School was awarded $1.2 million by a Manhattan jury Friday, after finding the university and a top professor liable for retaliation over sexual harassment claims.

[T]he jury found Bekaert and the school liable for retaliation against Ravina, who brought sexual harassment claims against Bekaert to the attention of school officials. She claimed Bekaert had made physical advances and discussed inappropriate sexual topics with her. When she refused to be romantic with him, Ravina claimed Bekaert thwarted her research and publication efforts. The school, she claimed, refused to help. Later, she was denied tenure.

Both Columbia and Bekaert denied the accusations, claiming that her failure to gain tenure was entirely based on her poor academic performance and inadequate work product.

During the three-week trial the jury was presented with email evidence showing Bekaert disparaging Ravina to colleagues throughout their mutual field of financial economics.

The award falls far short of the more than $30 million Ravina was seeking and follows a highly contentious dispute by lawyers in the case about what the untenured professor would be able to say in front of jurors hearing the damages portion of the case. Among other things, Ravina suggested that Columbia’s decision not to give her tenure would likely mean she will end up at a business school ranked 30th to 40th, a fate she contended would greatly diminish future opportunities in pay, retirement income, consulting, directorships on boards, and even a possible stake in an early stage company in exchange for advisory work.

The back-and-forth among the lawyers and judge that preceded the award provides a fascinating glimpse of life in academia at a top business school, including conversations about housing allowances for Columbia and NYU Stern professors, mortgage support for professors at Stanford University’s Graduate School of Business, and estimates that consulting work for Ravina would have been worth as much as $800 an hour, or $500,000 a year, along with directorships would have earned her roughly $8.6 million over her lifetime, if only she had been granted tenure at a top ten business school.

"Why are leftist-dominated industries such cesspits of misogyny and abuse?"

No idea about anything else, but her vita as it stands right now in no way justifies tenure at Columbia. Not even close.

Is the "back and forth" about business-school life (referred to in the article) published anywhere on line?

To quote Glenn Reynolds - Why are leftist-dominated industries such cesspits of misogyny and abuse?