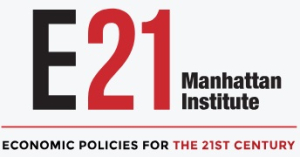 The 2017 Tax Cuts and Jobs Act (TCJA) remains controversial, with public opinion evenly split and many Democrats campaigning on repeal. However, the Democratic critique of the tax cuts has grown increasingly incoherent. The party excoriates the “tax cuts for the rich” while trying to tilt them even further to the wealthy. Democrats slam the deficit effect of the tax cuts while working to worsen budget deficits. In addition, they erroneously describe the law as a “middle-class tax hike” while proposing policies that would truly raise middle-class taxes. ...

The TCJA is certainly not above criticism. Yet Democrats continue to undercut their complaints by trying to double-down on the aspects they claim to oppose the most.

I'm so old that I remember when Democrats criticized Pres. George W. Bush's temporary "tax cuts for the rich," then the Democrats and Pres. Obama made them permanent.

As I recall, the Bush cuts were extended for two years and then in 2013 the portion of the cuts targeting joint filers with less than 450,000 taxable income (400,000 single) were made permanent. The top rate was allowed to increase and, accordingly, high earners paid more tax after the 2013 "permanent extension".