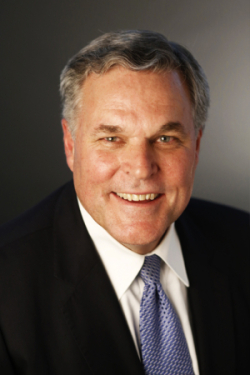 The Senate Finance Committee holds a hearing today on the nomination of Pepperdine Law School graduate Charles Rettig's nomination to be the Commissioner of the IRS.

At a Thursday confirmation hearing, the criminal tax lawyer from Beverly Hills, California, will face questions from lawmakers about whether he’s qualified to run the IRS. Democrats will question whether he has the management skills to run an agency struggling to implement the biggest tax overhaul in a generation. ...

Rettig, 61, who has represented the estate of Michael Jackson and the creator of the "Girls Gone Wild" video franchise, probably will win the 51 votes needed for confirmation in the Republican-controlled Senate.

Rettig would be the first practicing tax lawyer to lead the IRS in two decades -- a departure from prior commissioners who held high-level posts at private companies and regulatory agencies. He’d go from running a law firm with 12 attorneys to a perennially despised and underfunded bureaucracy with nearly 77,000 employees. ...

An IRS restructuring commission in 1997 said agency leaders should be skilled managers. For decades, commissioners were primarily tax lawyers and tax accountants.

Rettig is expected to tout his leadership experience in recent years as chair of the IRS Advisory Council, head of the tax section of the California bar and as an organizer and presenter on dozens of tax panels.

"For decades commissioners were primarily tax lawyers and accountants". True, and as one former commissioner said, they were figureheads and the master sergeants ran the organization. It worked better that way.

But, it doesn't hurt to have a boss who has a working knowledge of the purpose of the organization, as opposed to political hacks.