Judge Grants Prosecutors' Motion For Joint Trial Of Markel Murder Suspects, But Warns 'Be Careful What You Wish For'; Post July 18, 2014 Statements Are Now Inadmissible As Evidence 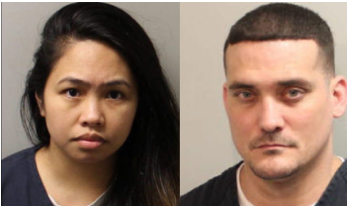 Prosecutors may not be able to use key statements they say help connect two people to the murder-for-hire plot to kill Florida State law professor Dan Markel.

Sigfredo Garcia and Katherine Magbanua will be tried together after prosecutors succeeded in getting their murder, conspiracy to commit murder and solicitation to commit murder cases joined Wednesday.

But now statements made after the murder was committed and the $100,000 that Tallahassee investigators say they were paid to commit the crime may not be allowed to be presented at their Oct. 8 trial.

“I’d put it in the category of be careful what you wish for,” Leon Circuit Judge James Hankinson warned Assistant State Attorney Georgia Cappleman prior to his ruling. “I’m not sure the state really wants to be in the posture where they cannot introduce statements after payment is made.”

Hankinson said that the conspiracy ended when money changed hands. Statements between two people that implicate others in a conspiracy cannot be introduced as evidence at trial.

Following the hearing, Cappleman acknowledged she faced evidence admissibility problems and that the case consolidation she asked for and was granted would compound them. “Regardless of the joinder there are going to be issues regarding statements where we’re going to be litigating the admissibility of statements,” she said. “They actually increase with the joinder.” ...

Magbanua’s attorneys, Christopher DeCoste and Tara Kawass, called Wednesday’s hearing a win for their client, despite their opposition to merging the trials. Even though she and Garcia will be seated next to each other, limiting what can be presented will help in their defense.

DeCoste contended prosecutors planned to use evidence they have against Garcia to implicate their client by association. “There was evidence they were trying to bring in that was not necessarily evidence of the crime that they would spin to make it look like she was involved and that she’s guilty,” he said.

Magbanua has rejected several offers of immunity for her testimony.

“We want her to stand trial on the facts that are against her not against somebody else. There is the main case then there is the separate and distinct case that Katie was somehow involved,” DeCoste said. “Those are two different trials.”