My wife and I are on a 7-day vacation in London, so we of course had to see Hamilton.  It was wonderful to see the play with a British audience (King George brought the house down), and to pay by far the lowest price (£200 ($265)) of our multiple Hamilton viewings due to an iron-fisted paperless ticket system that effectively prohibits resale of tickets. 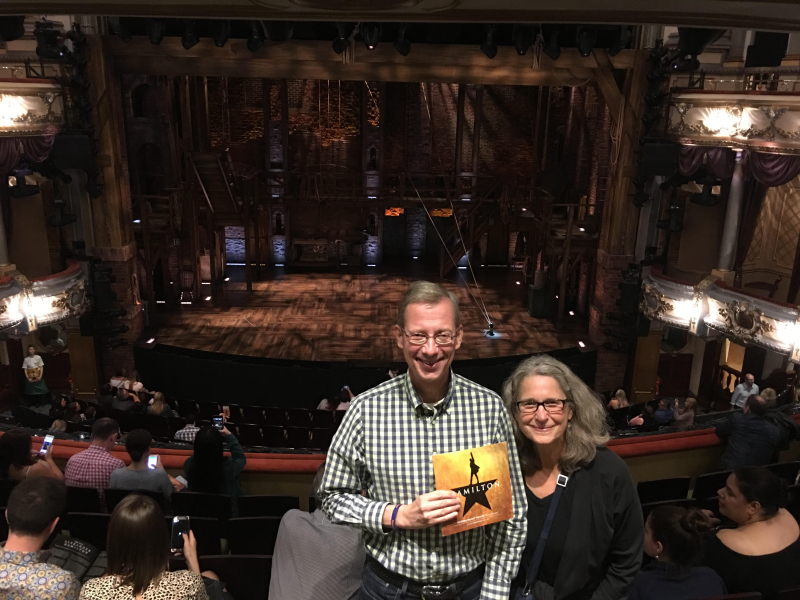 See also New York Times, ‘Hamilton’ and Heartache: Living the Unimaginable (Oct. 13, 2016).  For more on my obsession with interest in Hamilton, see here and: