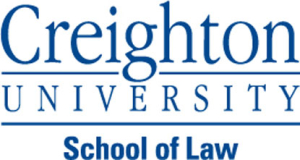 Creighton University’s law school endured a clash between tradition and change during the 2016-17 school year, and tradition won.

A new dean, Paul McGreal, took over as leader of the law school in 2015. By 2017, he was no longer dean. McGreal’s senior associate dean left, and two female professors who filed a hostile atmosphere complaint with Creighton administrators moved to a different Creighton program. ...

Details are scant about their complaint because neither Palma Strand nor Jacqueline Font-Guzmán would discuss or provide a copy of the complaint.

What is certain is that 2016-17 was a rough period in Creighton’s Ahmanson Law Center. A consultant came in and determined that while the law school wasn’t guilty of gender or race discrimination, the atmosphere in the school was “toxic.”

Personality clashes infected the school, and the consultant, Lincoln lawyer and consultant David Buntain, said some professors kept their doors closed or went home early so they wouldn’t have to encounter certain other professors.

The former senior associate dean, Nicholas Mirkay, said recently that efforts to move the law school forward met resistance from those who had been there for many years.

“When I joined the Creighton law faculty in 2011, it was culturally akin to taking a step back in time to a ‘Mad Men’ episode,” Mirkay wrote in an email. “It was surreal beyond description. I moved almost 4,000 miles away to re-enter the 21st century.” He declined to say more.

Mirkay now is on the law faculty at the University of Hawaii at Manoa. McGreal has remained at Creighton as a law professor.

The women who filed the Title IX complaint were moved from the law school into the graduate school, as was the negotiation and conflict resolution program to which they belong.

R. Collin Mangrum, a Creighton law faculty member since 1979, said part of the dispute involved some colleagues’ desire to incorporate more “social justice” or “social work” into the law students’ experiences. Mangrum said the students already participate in social justice experiences. Further, Creighton takes pride, he said, in preparing students to do the work of an attorney. If that’s an old, traditional mode of doing things, Mangrum said, he pleads guilty. Law professors should be concerned with producing people who pass the bar exam and work effectively in the profession, he said.

Interim Dean Mike Kelly said that over the past 10 months, the law school has added socially relevant programs in poverty law and health law, and an immigration and refugee clinic. “Those are extensions of our mission,” Kelly said. ...

Buntain said in his report issued a year ago that conflicts and low morale “cannot be resolved internally.” He said an outside person or agency with expertise in assisting dysfunctional organizations should be hired. Allison Taylor, of the university’s Office of Equity and Inclusion, wrote a letter to Creighton law faculty a year ago saying the university was looking for a mediation group, as Buntain had advised.

But by early this year, a mediator still hadn’t been hired. Law faculty member Catherine Mahern wrote in a letter to her colleagues that she was disappointed but not surprised that the university hadn’t acted on the recommendation. “We cannot pretend this away,” Mahern wrote of the ill will.

Interim Dean Kelly said preparations are being made to bring in a consultant in the fall to help with faculty discussions.

Some professors said the trouble had dissipated, largely with the changes in assignments of the four who had been change agents. “Is the school in better shape now than it was a year ago?” Mangrum asked. “Without question it is.” The conflict is history, Mangrum said, and the storm has passed.