Can 'Dumb' Contracts Be Made 'Smart'? 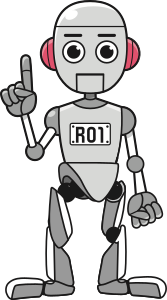 I don't know if it's ready for Broadway, but the article I mentioned in a post a while back (it's gained two quotation marks since then:  The Persistence of "Dumb" Contracts) is all set for out-of-town previews on SSRN.

There is a group calling themselves Blockgeeks, and one of their number shows up in footnote 1 for this headline from its website: “Smart Contracts: The Blockchain Technology That Will Replace Lawyers”.

The theme of the article is: "could that be?"  Spoiler alert: Probably not. Here is the abstract:

“Smart contracts” are a hot topic. Presently, smart contracts mostly consist as evidence of property, like crypto-currencies or mortgages, created and/or transferred on blockchain technology. This is an exploration of the theoretical possibilities of artificial intelligence in a far broader range of complex and heretofore negotiated transactions that occur over time. My goal is to understand what it means to make a contract smarter, i.e. to delegate more and more of the creation, performance, and disposition of legally binding transactions to machine thinking. Moreover, I want to do so from the perspective of one who is neither a true believer in the purported technological singularity to come nor a digital Luddite.

There are two primary themes. First, the extent to which complex transactions occurring over time can be embodied in computer programs – the ability of the contracts to be smarter rather than dumber – depends on the extent to which the subject of the transaction becomes not just a social fact, but an institutional reality. The dumb contract is merely a map of an antecedent reality, but the smart one is a real thing in itself. Second, smart rather than dumb contracts will require the translation of often fuzzy legal predicates, otherwise capable of expression in truth-functional logic, into digital proxies expressible in the non-ambiguous discrete units of code. The upshot of these two themes is that, at least until there is some better evidence that a technological singularity will occur, deciding will remain something that is fundamentally different than reasoning by way of logic or code. Hence, for the time being, dumb contracts, ones that leave open the possibility of what Karl Llewellyn called situation sense, will persist.